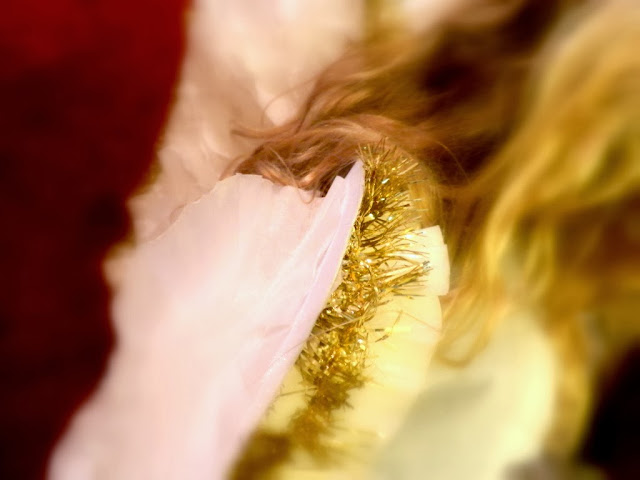 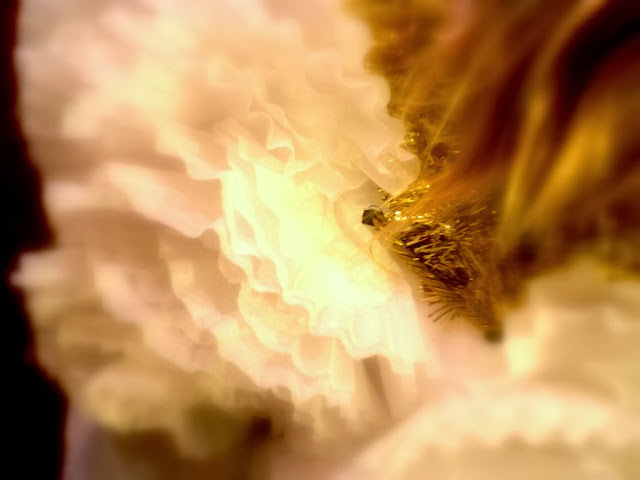 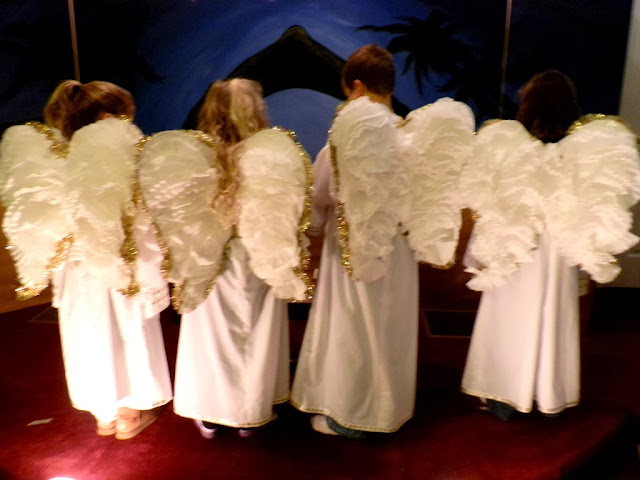 
Thanks to the incredible skill of the costume designer for our church play, the angel wings seemed they might actually work.


“What if we really fly off?” one young cherub said, apparently entertaining the idea that anything might be possible.


In an attempt to portray the mightiness of the angels, our designer draped a chain bearing a heavy cross around one of the angel’s necks.


When I saw it, I had to think about whether an angel could wear a cross on the day of the Savior’s birth. The cross was a point in the future, yes?


But according to Revelation 13:8, Jesus is “the Lamb who was slain from the creation of the world.”


We want everything to play out in a linear fashion, but God’s time is not our time. When the God-man Jesus pierced the space-time continuum, God saw the cross through the bleating sheep, and the brilliance of a star, and the baby in a manger.


Perhaps some of the angels who announced the birth of the Savior to the shepherds were the same ones who might have attended him as he hung stripped on a splintered cross.


The God who does not count minutes as we do heard the cry of “not my will but yours,” over an infant’s cry and persisted towards his goal of wresting us from death’s grip.


When I think of the intricacies, power, and sacrifice of God’s plan, I stand in awe.


In that sweet scene we reenacted is what the apostle John described: “The Word of Life appeared right before our eyes; we saw it happen! And now we’re telling you in most sober prose that what we witnessed was, incredibly, this: The infinite Life of God himself took shape before us” (1 John 1:2 The Message).


That angel’s cross reminds me “This is how much God loved the world: He gave his Son, his one and only Son. And this is why: so that no one need be destroyed; by believing in him, anyone can have a whole and lasting life” (John 3:16 The Message).


In the words of an angel, “Today in the town of David a Savior has been born to you; he is Christ the Lord” (Luke2:11).


Can’t you just feel the brush of angels wings as they once more direct us to the Savior?
Posted by Beverly Varnado at 3:04 PM

Contemplating our Savior's birth always leads me to thoughts of his crucifixion and resurrection. Love the image of feeling the "brush of angels' wings." Nice meditation this season. Have a blessed Christmas, Beverly.

You're a blessing to me, Nancy. As always, thanks for taking the time to read and comment. May you find joy in unexpected ways this Christmas. Blessings, Bev