Staying on an island off the coast of Florida, we arose early and went to ocean front windows to take in the view.


But there wasn’t a view.


Thick fog hovered along the ocean surface and invaded the beach.


We were socked in. 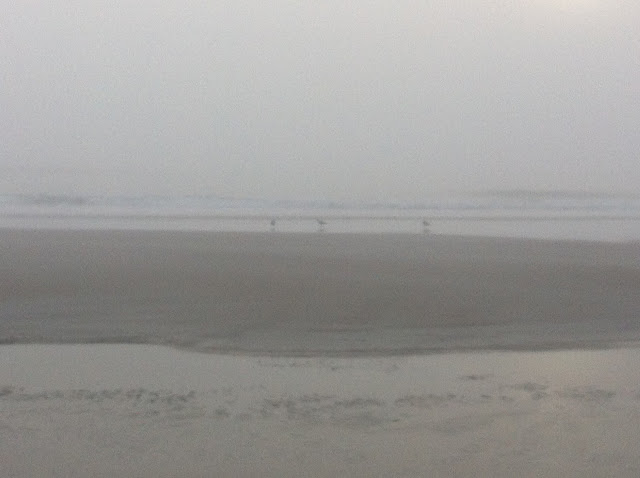 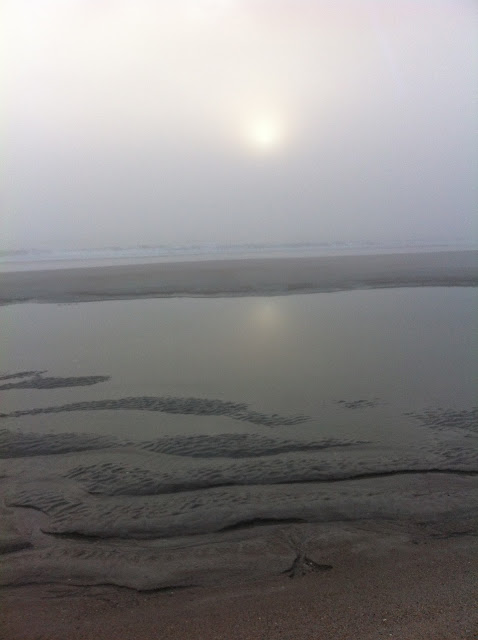 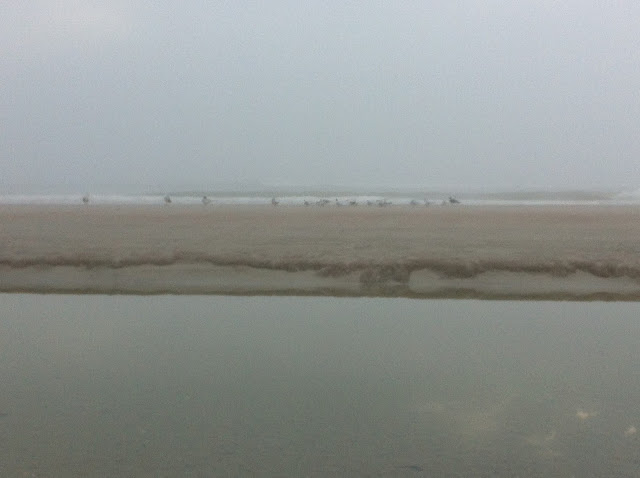 So where did the term “socked in” come from?


According to this source, it dates back to 1944. “It’s basically derived from pilots and traffic control workers. The thought is, while looking across the airport runway to check out the “windsock” to see which way the wind is blowing, if you can NOT see the windsock, you are “socked in” with clouds and have no business flying!”


And sometimes, spiritually speaking, it feels like we’re socked in. We can’t see the windsock or the water or how in the world God is going to do what he said He would do.


“Blessed is she who has believed that the Lord would fulfill his promises to her!” (Luke 1:45). An angel had announced to the virgin Mary she would give birth to a baby, the Son of God. What's a teenage girl to think about that? But Mary believed it and these words spoken by Elizabeth affirm Mary’s belief that what God had told her would happen despite the seeming impossibility of it all.


At times, as I’ve stared into the fog of a circumstance, I’ve found myself often quoting the father with a spirit-possessed child in Mark 9:24, “I believe, help me overcome my unbelief.”


Jesus met his frank admission with compassion and delivered the child.


Priscilla Shirer says that God doesn’t call us to do hard things, He calls us to do impossible things. So often, when we're socked in, impossible seems like the only word to describe the circumstances.


One of my heroes in the faith is George Muller. In one of my favorite stories about him told in Streams in the Desert, he found himself socked in on a boat off Newfoundland traveling from England to Canada. After spending twenty-four hours on the bridge trying to navigate the tremendous fog, the captain told Muller that he would miss his appointment on Saturday in Quebec, that it was impossible to reach the coast in time. Here’s what happened next.


“'Very well, if your ship cannot take me, God will find some other way. I have never broken an engagement for fifty-seven years. Let us go down into the chart-room and pray.'"


'No,' he replied, 'my eye is not on the density of the fog, but on the living God, who controls every circumstance of my life.'"


"He knelt down and prayed one of the most simple prayers, and when he had finished I was going to pray; but he put his hand on my shoulder, and told me not to pray. 'First, you do not believe He will answer; and second I BELIEVE HE HAS, and there is no need whatever for you to pray about it. . . Captain, I have known my Lord for fifty-seven years, and there has never been a single day that I have failed to get audience with the King. Get up, Captain and open the door, and you will find the fog gone.' I got up, and the fog was indeed gone. On Saturday afternoon, George Muller was in Quebec for his engagement."
So, that’s the kind of faith I want. You probably do, too. So, together, let’s stop looking at the fog and put on our eyes on God “who controls every circumstance” of our lives. Lord, help our unbelief.
Posted by Beverly Varnado at 7:00 AM

I loved this Bev! Thank you for a good word just when I needed it!
Love and Blessings
Beth Andrews

You are welcome dear Beth. Blessings!

Hi Beverly, this describes how a lot of us feel. And I LOVE George Muller!

Oh, yes, Terri, to both of your points. Muller's big faith has always inspired me. What a spiritual giant.