Out of a mildewy mess, looking for a new thing

I moved a table in my office while prepping to paint the walls and pulled out a portfolio behind it. In it, I stored watercolor paintings and drawings, some large, which I had done since college. When I opened the flap, the scent of mildew wafted out.

My heart sank. We had leaks in our roof, and I thought the damage was only in the ceiling—until now.


I found dozens of paintings and drawings watermarked and mildewed, some ruined beyond repair. 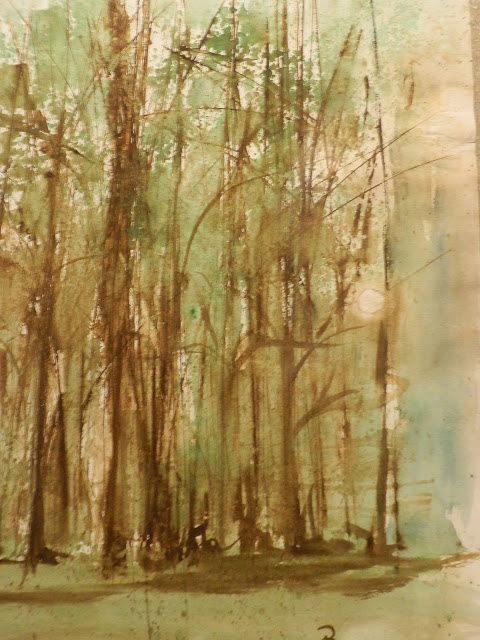 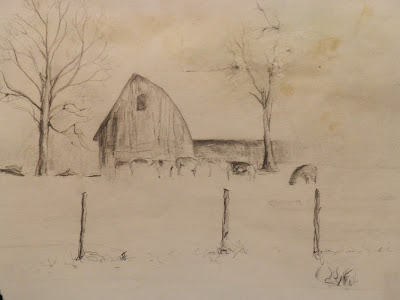 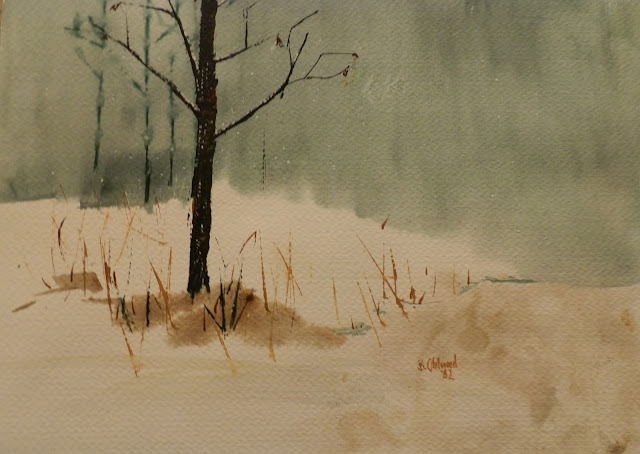 I don’t even know how to explain my feelings, maybe shock. I showed Jerry and managed to tell my sister a few days later, but that was it for days. I didn’t want to talk about it.


I had given away many paintings over the years and sold a few, so the ones that remained had a personal connection.


A beaver dam in Colorado where Jerry and I once spent a week. 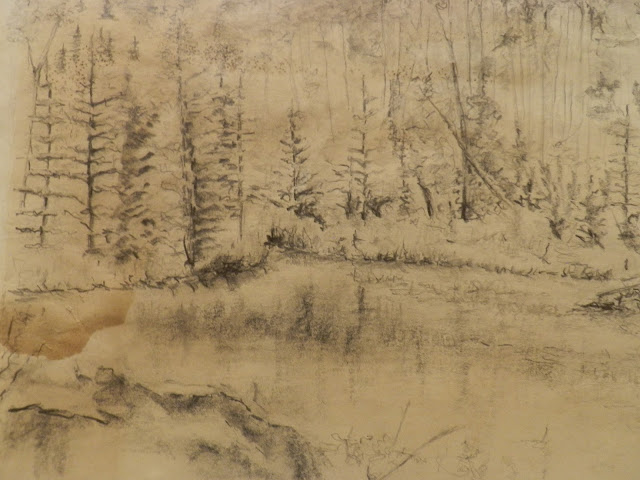 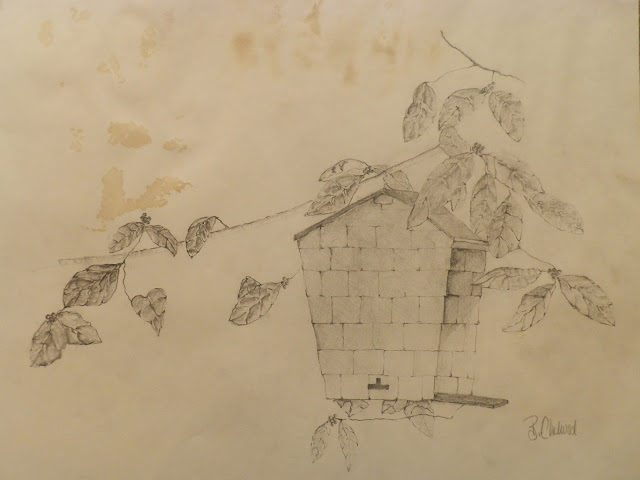 The church where my father attended and my ancestors are buried back to a generation of the revolutionary war. The church burned down not long after I did this painting. 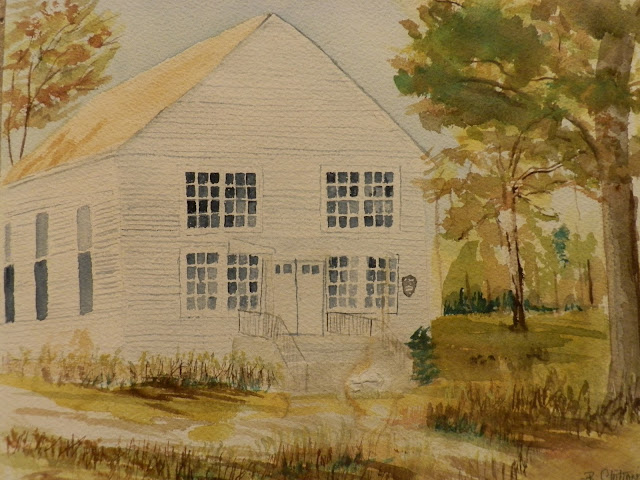 The bridge where Jerry surrendered his life fully to the Lord. 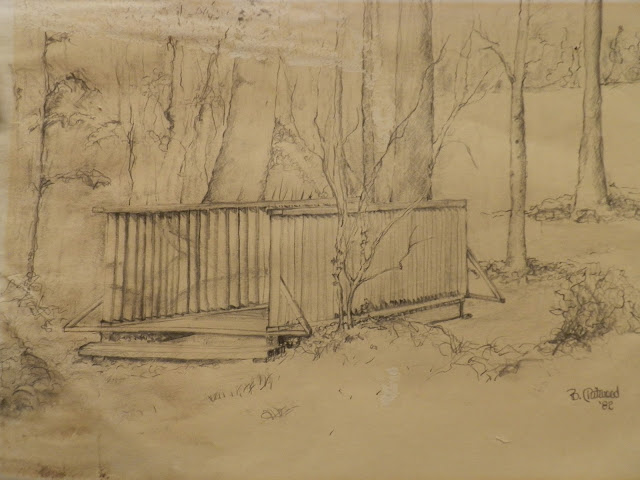 The painting I identify with my surrender to the Lord, done just days after the event and especially hard hit. 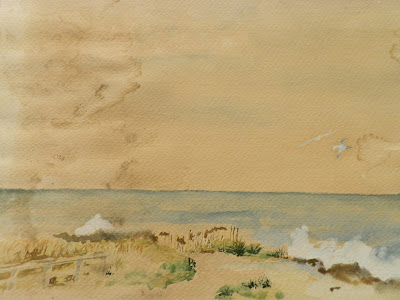 A cradle my daughter played with as a child. 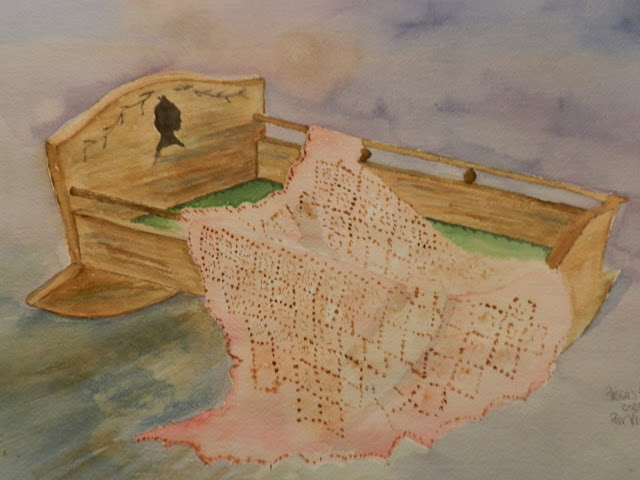 On and on. The backs of some of these paintings look even worse. Expensive restoration is out of the question. I've been identifying with what it might be to suffer a flood, all those folks coming through Irma and Harvey who saw everything they owned swept away. It's not that I need anything else to hang on my walls, no problems there, but these were precious because of what they represented.


I didn’t even know how to start processing this, but I’ve continued to take it to the Lord in prayer. A message in Isaiah which is repeated in Revelation keeps coming to mind.


The Message puts it this way, “Forget about what’s happened; don’t keep going over old history. Be alert, be present. I’m about to do something brand-new. It’s bursting out. Don’t you see it?”


In John’s account of the New Heaven and the New Earth in Revelation 21:5, we read, “Behold, I am making everything new.”


In some ways, God has already done a new thing creatively, as I have mostly been painting in oil for the last couple of years.


Sometimes, we can cling too much to even good things, and God wants to revolutionize our lives. I don’t know what that could mean for me, but I’m trying to be alert and present.


A few days ago, I took the paintings, about forty of them, and began doing the previously unthinkable. I started carving away the damaged parts to see if I could still have a composition that made sense. For a few of them this worked, others I’m going to have to live with the damage. Still, others were unsalvageable, so I cut out the small-undamaged parts and will maybe make a collage of them.


The larger application here is a truth I was reminded of at vacation Bible school a few months ago― “When sin messes everything up. God is still in control.”


Nothing else in my office was damaged but these paintings. I don’t understand fully, but I realize I’ve got to let this go and not keep going over it. Though the mildew got a shot in (I'm sure mildew was one of the results of the fall of man), God is still in control.


There are other things in my life that also seem irreparable, but again, God is still in control.


And He is doing something new.


He has my attention
Posted by Beverly Varnado at 8:55 AM

Your paintings are absolutely beautiful. There's something about each one that transports me from my little loft office to a new setting.

Love this post. Love the Truth in what you shared.

Julie, thanks for looking past the watermarks and stains. Blessings to you.