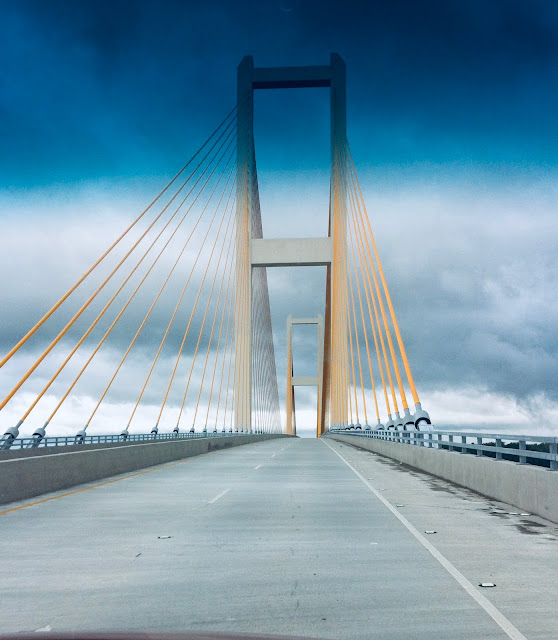 I began writing this piece last fall but somehow never finished it. It didn’t seem the right time for it, and after the events of this past week, now I know why.

I’d been reading David McCullough’s masterful book about the building of the Brooklyn Bridge, The Great Bridge.

John Roebling, who designed the bridge was a genius and when McCullough goes into the description of how the bridge worked, the complexity of it makes my grey matter vibrate. Roebling died before he could execute his plans, so his son, Washington Roebling became the chief engineer and builder.

At the time, mid-nineteenth century, suspension bridges were considered suspect because so many of them had fallen.  But Roebling once put a two-level wooden bridge over the Niagara River which supported both a roadway and a railbed on the second level. Can you imagine rolling across the bridge in your horse and buggy and a locomotive comes steaming over the top of you. The whole thing shook with traffic.

Mark Twain once wrote of it, “You drive over to Suspension Bridge, and divide your misery between the chances of smashing down two hundred feet into the river below, and the chances of having a railway-train overhead smashing down onto you. Either possibility is discomforting taken by itself, but, mixed together, they amount in the aggregate to positive unhappiness.”

Yeah, what he said.

But the Niagara bridge stood until trains became so heavy the bridge could no longer support them.

The idea of connecting New York with Brooklyn over the East River with the longest single span ever was astonishing. Hardly anyone thought it could be done. But Roebling’s design was of such brilliance and intricacy, that it has now stood for 140 years and it’s said with proper maintenance, it could last indefinitely.

Folks right now, I don’t know how we’re going to bridge the raging river of political strife, a rampant pandemic, and racial tension. It’s going to take some Roebling-esque bridge builders in this old world because this distance we’re looking at seems impossible to cross.

With the vaccine coming, I hope at least we have some light as far as the virus goes, but there’s still a way to go until we see its effect. We know several people fighting for their lives right now and I pray the national situation doesn’t worsen before it gets better.

I imagine the breach that most needs bridging today is the one between us and God. All this spanning distance begins with our individual relationships with our Creator. In the body of Christ, if we discuss political matters, there is schism even among those who formerly agreed, and it’s going to take faith, hope, and love to overcome. Every message I listened to this past Sunday had to do with putting God above politics or anything else. But it’s hard to do. We all have opinions, and we all think we’re right. There’s only one way and that’s to lift our eyes to Jesus. A good check on whether we’re putting Jesus first might be to notice where our focus is on social media.

Washington Roebling faced many controversies and adversaries as he built the bridge, only one of which is those in New York weren’t so sure they wanted a bridge to Brooklyn. I’m not sure how many today are interested in spanning our gulf either. It took thirteen years for Roebling to complete the structure and he would suffer from the little understood decompression sickness for the rest of his life because of how much time he spent working in the caissons as they descended into the riverbed. The role of a bridge builder can come with a cost.

The three words God gave me two years ago to prepare me for 2020 were “Dwell in hope” from Psalm 16:9. They came in a dream and I realized when the pandemic started that they were for this time. I’m continuing to dwell in hope that God will make a way where there seems to be no way--that no matter what we face, God has a way across, and that if we submit to him, he can use us to do the impossible. In fact, there may be someone reading right now whom God would call to be a bridge builder.  It may be a role you never considered but for which God has been preparing you your whole life. And if you’re wondering if you have the power to do it. You don’t. But remember Paul’s words, “I can do all this through Him who gives me strength” (Philippians 4:13).

I thank you for the honor that you would spend a few minutes of your time here each week. You are a blessing to me and despite the circumstances, may 2021 be filled with unexpected blessings for each of you. 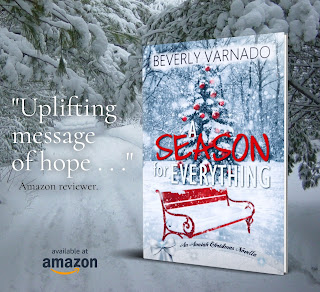 available in print and ebook HERE .

Posted by Beverly Varnado at 5:30 AM