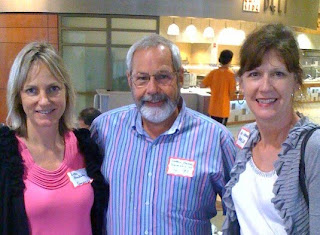 My husband and I attended one of the massive University of Georgia freshmen orientation sessions this week in preparation for our son’s entering the school this fall. As we crammed onto a UGA bus with dozens of other parents, my husband nodded toward a gentlemen directly in front of us. Sure enough, it was Darrell Huckaby and his lovely wife, Lisa. He pens a syndicated newspaper column and has become one of my favorite writers. At our house, his pieces often are separated from the rest of the paper for rereading.

Huckaby has authored many books including one he wrote along with Blake Giles about local legend, Coburn Kelly. After a miraculous deliverance from an almost certain death during WWII, Kelly committed himself to God for the singular vision of developing character in young men. Forgoing a more lucrative career, he spent his entire adult life teaching and coaching at the YMCA. Many men here and around the country boast of having been one of “Kelly’s boys.”

Through the more than ten years we spent at the Y for basketball, soccer, and football, I passed by the portrait of Kelly many times. But, I’d never heard his inspiring story until I read Huckaby’s book. It’s a story worth telling, and retelling, and I’m grateful to Darrell Huckaby and Blake Giles for sharing it.

The author Debbie Macomber recommends making a list of people you’d like to meet. She said she did this years ago, and has had the privilege of meeting many of the people on her list. Darrell Huckaby was definitely one of my “want to meet” people, and I’m thankful I had the privilege. Who would have guessed at freshmen orientation?

To read more about Darrell Huckaby, visit his website at www.darrellhuckaby.net
Posted by Beverly Varnado at 10:50 PM