It’s really cold here. (Okay, Maria in Montana, don’t laugh.) Let me rephrase. It’s cold for us here—highs barely reaching the forties with lows in the twenties, and this front promises to stay with us for several days. Arctic nights bring with them a concern for those who don’t have warm lodging—humans and animals. 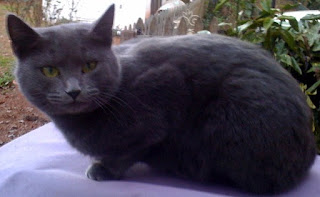 I awoke at four this morning to check on a new feral cat we’re feeding in the back yard. I’d set up a warm light for her, but still wanted to make sure she was okay. I went back to bed and wondered how the folks were doing who live in “tent city.” I live in an urban setting, which has a sizable homeless population. As I prayed for those on the streets, I remembered our friend Perry Burgess with “Walk on Water” ministries. Most likely, he’d already picked up many folks from “tent city” and other places where the homeless had gathered and bussed them to his shelter. There they’d have an opportunity to shower, and get a warm night’s sleep. Then there’s Barbara and Dick Anderson, who have for years somehow managed to keep a shelter open for those who’ve lost everything. The Salvation Army and the city homeless shelter also faithfully provide a year round refuge. But, I know on cold nights, shelters are at capacity, and there are those who don’t get a bed.

I ransacked my closets today looking for warm coats. I’d already gotten together blankets to send out last week. I struggled as I held a navy fleece jacket in my hands. Did I really need it? My dear mentor, Rev. Grady Wigley, once said, “Stewardship is not a matter of how much of our time and our money we give to God; it’s a matter of how much of God’s time and God’s money we dare keep for ourselves.” Yes, that’s my struggle.

How much should I keep for myself? It’s a question that sometimes haunts me. Even, as I watch my husband load the giant bag of clothes and coats in the car, I still wonder, “Is it enough?”

I ponder these things at four in the morning. If I couldn’t turn this over to the God who holds the world in his hands, I don’t suppose I’d ever sleep again. But I’m thankful he loves these men, women, boys, and girls more than I ever can. He sees them in their circumstances, and He cares. So, I do what I can, and God does what only He can do.

Take a load of blankets or coats to a homeless shelter, and sleep better tonight yourself. You might want to get involved volunteering at one of these facilities. In my volunteering, I’ve always walked away with a greater blessing than I could have possibly been to anyone else. Don’t forget the animal shelters on cold nights. They’re struggling in this economy to provide, so cat or dog food would be a great gift, too.