A couple of days ago, I sat waiting again for Jerry to have what was originally supposed to be a short medical procedure in a cancer treatment center. Just after therapists escorted him to a room, they discovered an equipment malfunction. So, of course, technicians had to be called, patients had to be rescheduled, and hours later my poor husband was still back there.


I’d already accomplished what I’d originally planned to do that morning, so I picked up my new copy of Good Housekeeping and leafed through a few pages. I like Good Housekeeping better since they’ve rethought their tips and offered many under the heading “good enough” housekeeping.

I came to an article featuring a cute blond gerbil on the first page. Hmm. I can’t resist an animal story as long as it doesn’t end up like Old Yeller. Sometimes, you can’t tell how stories will conclude, though, but this one had the look of being upbeat. So, I read.

I’d not even finished the second page, and I was giggling. By the time I read the last word, I was laughing out loud, and feeling the eyes of those around me. I never remembered GH publishing something this witty before. Who wrote it? I scanned to the Author Buzz section and saw Melissa Fay Greene grinning at me. 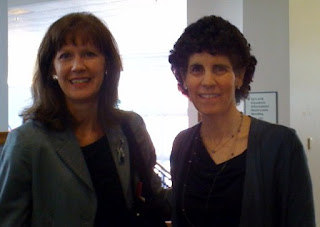 Some might call that serendipitous. Others might say it was a coincidence. But for me, it felt like God gave me what the Psalmist called, “…a sign of His goodness.(Psalm 86:17)” He just connected a few dots to give me a laugh and say, “I’m with you.”

Later in the car, when I read the story to Jerry, he cracked up as much as I did. And laughter is a healing medicine.

If you need a giggle (who doesn’t?), run out, get the April issue of GH, and read an article called Nuptials vs. Nature. And look for Melissa’s book No Biking in the House Without a Helmet releasing in April. I’m definitely getting it. It’s bound to make the waiting lighter in the weeks ahead.
Posted by Beverly Varnado at 4:02 PM