After All, A story for Monday of Holy Week 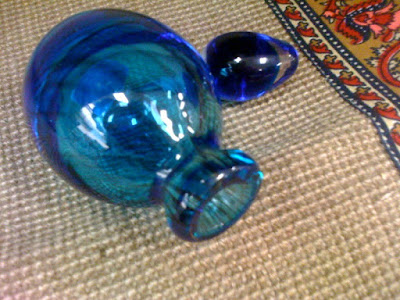 She’d never heard so much talk about one person before. You would’ve thought that no one in Nain had ever seen a traveling teacher. What was wrong with these people?

She’d even heard it said of him that he performed miracles, but her bunch was not known for truth-telling. As she saw a crowd began to gather, she decided to see for herself what all the commotion was about.

From her place in the back, she caught her first glimpse of the teacher, and thought how ordinary he seemed to be. He began to speak, and she hoped she wasn’t wasting her time, because it looked like today there would be no miracles, only a story. Well, since I’m already here, she thought. She strained forward to hear.

“There once were two sons. The younger of the two after receiving his share of the family inheritance wandered far from home and squandered all his money on wild living."

She wondered if this was a true story. If it was, she might have known this son. In fact she seemed to remember a young man, who came from an affluent family up near Tyre, who’d just come into a lot of money. She’d seen him several times then he just disappeared. The teacher continued.

“After this son’s money was completely gone he was reduced to having to feed pigs to earn money.”

She knew how that was. She felt like she was in the pig-feeding business herself.

“He found himself jealous of the pig’s food and decided to go back to his father to ask for forgiveness.”

She thought about how risky that seemed. The crowd gathered around him seemed to echo her reservations. Who could forgive such stupidity? He didn’t deserve to be forgiven. He didn’t deserve his father’s love. He’d made his bed; he’d have to lie in it just like the rest of them.

Who did he think he was?

To her astonishment the teacher said that the father did forgive him, not only forgave him but also gave a big party in his honor.

This was a fairy tale. What was the point? Was there really a father like that somewhere? As these thoughts raced through her mind, the teacher’s eyes lifted above the crowd and it seemed that just for a moment his eyes met hers. He was looking at her, no, seeing her, and seeing her as no one ever had before. Seeing that beneath the markings of what seemed to seal her place in life, there were sorrows and hurts beyond anyone else’s knowing. In his eyes, she saw compassion. She saw the same compassion she’d just heard about.

She didn’t know how a person’s life could change in just a few seconds of time, but it did. She left the crowd that day and cried all the way to the brothel she called home. As she fell across the scented sheets that covered her bed, she tried to remember the last time she cried.

As a young girl, she’d cried every night. She cried so much her eyes stayed swollen most of the time. Then she stopped. The attacks continued, but she stopped crying.

It wasn’t enough that her parents had died leaving her to the care of distant relatives. She had to suffer under the ultimate humiliation of being treated as no young girl should be treated. But there was no one to tell, no one to help, no place to go. She determined in her heart to survive. She willed it. One day it would all be different. One day a man would love her, hold her, and treat her with the affection that she longed for. She’d almost forgotten that her ticket to freedom had already been stolen: her innocence.

Who would want to marry her? No one, of course.

It was not ever something she intended or planned for, this life she had. But what was she to do? How was she to live without relatives, without any prospect of a husband? So she did it. She never felt a thing. She never allowed herself to feel.

For so long she’d felt dead inside, unable to trust, unable to love, unable to cry. But today, something happened. Today, when his eyes met hers there was hope for the first time in years.

She grabbed the box and started through the streets not even realizing how tightly she held it until she felt its sharp corners cutting into her flesh. She’d heard the teacher was at Simon’s house. She had to find this man some had said was the Christ. She didn’t even know if Simon would let her into the house. He was after all a Pharisee, and it was no secret who she was.

Good, she thought, there was someone she’d never seen at the door. With the box in hand, she slipped in, and then she saw Him. She never even stopped to think. She ran to him, dropped to His feet and wept so hard that her tears were a constant stream. She tried to wipe them away from his feet with her hair, and then she remembered the box. This box filled with all that she had of value, she removed its contents and emptied them on the feet of the only one who had ever shown her acceptance. Then she kissed those precious feet.

Through the sounds of her sobbing, she heard Him speak. “Simon, I have something to tell you.”

It was odd the way he said it, almost as if He knew what Simon was thinking.

“There were two debtors: one owing five hundred denarii, and the other fifty. Neither of them could pay the debt so the moneylender canceled the debts of both. Which one of the debtors would love the moneylender more?”

“The one who owed him more, I guess,” Simon offered sounding reluctant.

Then Jesus was talking about her. “This woman has shown her love for me by washing my feet, kissing them, and pouring out her ointment. Her sins which were many are now forgiven.”

Her sins, her sins, were forgiven. Just like the foolish son. This was not a fairy tale. He was who He said He was. It was true. She had found him--the one who would love her and treat her with tenderness. Oh, who could have guessed this? Somehow, she could feel the shame, the disappointments, and the hard heart melting away.

Then He spoke again. “Your faith has saved you, go in peace.”

It seemed there was a miracle that day, after all.

"Leave her alone," Jesus replied,"It was intended, that she should save this perfume for the day of my burial." John 12:7

I humbly share this story received an Honorable Mention in the inspirational category for a Writer's Digest Annual Competition and also a second place for short story in a Blue Ridge Mountain Christian Writer's Competition.

Posted by Beverly Varnado at 7:13 PM