This is a continuing series, click on the One Ringing Bell News Update label below to read other posts or check out several in the favorites to the right.

This report contains information which may be shocking to some readers.


RINGING BELL HEADQUARTERS -- Here at One Ringing Bell, the staff is recovering from news, which has dealt a blow to many at headquarters.

Suspects have been apprehended in the death of a local chipmunk. A mug shot was taken early Thursday morning. 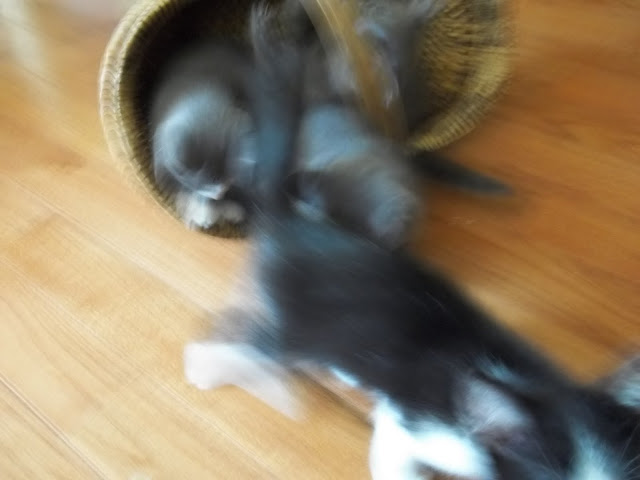 Or, at least, a mug shot was attempted.

When interviewed Belle had this to say, “In Mama Cat’s Survival Training for Dummies: everything a Mama cat needs to train her kittens, the book suggests live prey be brought inside for house kitties to learn hunting techniques. Someone, I'm not saying who,  may have released a chipmunk for the brood to learn how to catch their own food.” 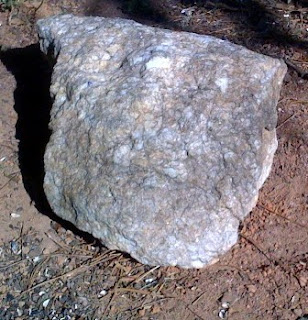 A younger staff member initially reeled when she discovered the deceased animal, but quickly responded by scooping it up with a barbecue spatula, digging a hole by the pear tree, and burying it. A large stone was placed on top of the chipmunk's last home as a memorial (as well as to keep Aunt Lucy from disinterring it). May the chipmunk rest in peace.

Although caught with the victim, Belle and her brood were released from custody on a technicality. Evidently, the chipmunk in question had a history of heart issues, and may have died of natural causes. There were no witnesses as to whether the chipmunk was already dead or still alive when Belle snatched him (Although, the staff has a pretty good idea he was still switching his tail when last seen).

In other news, Wilbur and Eloise are perfecting their technique in Synchronized Sleeping for an upcoming competition. Everyone at HQ is confident they’ll bring home the gold medal. 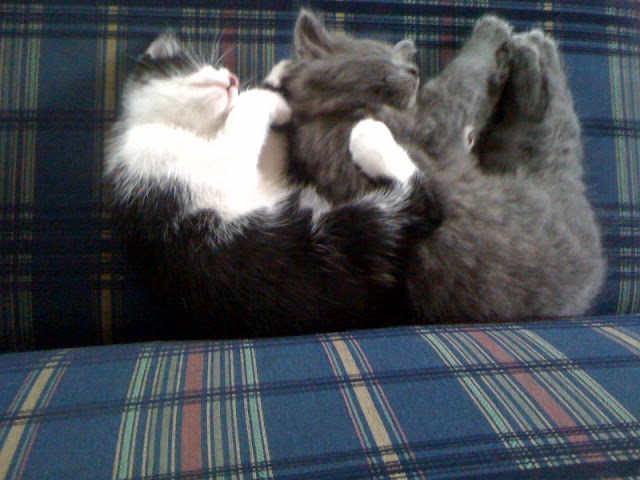 Carl became interested while watching Eloise and Wilbur and has begun practicing with Eloise for next year’s competition. 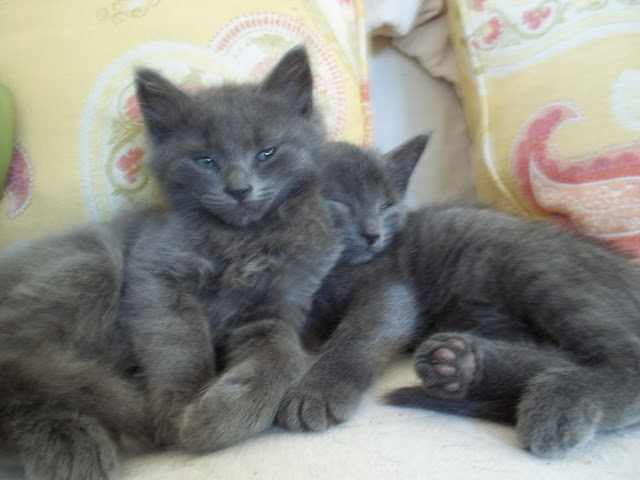 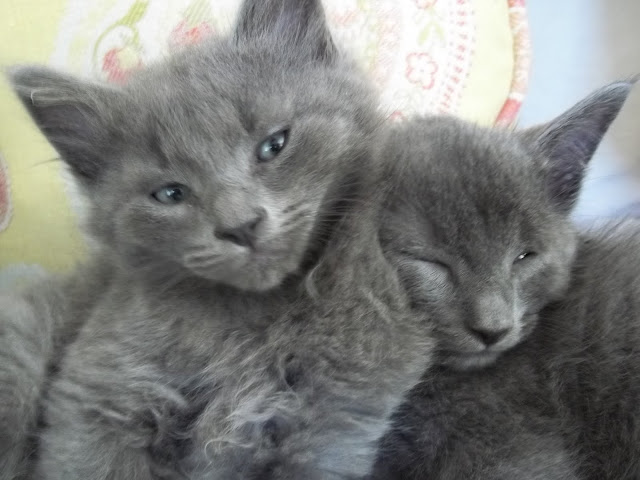 The resident poodle, Charles Varnado Esq., has requested a transfer of quarters. 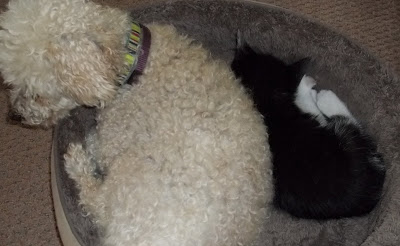 “I really think I’ve reached my limit. That young whippersnapper, Wilbur, has literally moved in with me. How much should a poodle have to endure?”


Well, that’s it for this week’s report. Join us next week as the triplets and tuxedo celebrate their eight-week birthdays and make their plans for the future.

Staff has ordered a large supply of tissues.

"The young lions roar for their prey, seeking their food from God" (Psalm 104:21 NRSV)
Posted by Beverly Varnado at 9:57 AM