I pause in the journey to reflect a moment more on my last post.

For me, the reading of the story of Sacagawea and her brother’s reunion always evokes wonder.

The image of her dancing when the first of the Shoshones arrive shines in my mind’s eye , then I imagine the awe on her face as she, after such a long separation, encounters her brother, Cameahwait, the Chief. 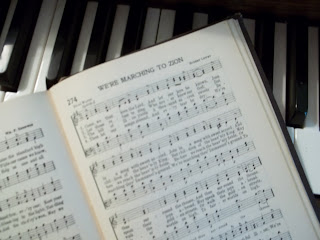 Clutching a bag with one hand and my daughter with the other in a Saõ Paulo airport, a rain forest away from home, I tried to keep the longing for my husband and son from sending me charging past the Delta sign and dashing onto the plane. Then many hours later riding up that long elevator from the Atlanta terminals into the baggage claim area and seeing my precious ones standing right at the top, waiting…for us.

Then there’s the story of a ruptured friendship of many years healed in moments of tears, apology and forgiveness. Restored. Renewed. Reunion.

I long for other reunions, but some will not be on this earth. Even the anticipation of them, though, is something of a “sacred sweet.” When I meet my mother in heaven, she will be healed of a lifetime of afflictions, and I’ll know her as I've never known her before. I’ll see two babies I’ve lost, one which I held in my hand. How I yearn to hold them again.

The prodigal and his father, “But while he was still a long way off, his father saw him and was filled with compassion for him; he ran to his son, threw his arms around him and kissed him” (Luke 15:20).

Joseph and his father Jacob, who thought he was long dead, “As soon as Joseph appeared before him, he threw his arms around his father and wept for a long time” (Genesis 46:29).

Laughter and tears all at the same time.

I resume the journey now, but pray the “sacred sweets” of glad reunions for you all in the days ahead, and if you don’t already know it, the joyous embrace of the Father.

Posted by Beverly Varnado at 12:31 PM