Dream Summer: On the prairie with Laura Ingalls Wilder

This is another post in a series entitled Dream Summer from our family's pre 911 trip across this country in 2001. For more click on the Dream Summers label.

I kept noticing on the South Dakota map a notation that read, “Little Town on the Prairie.” It was in De Smet, and I remembered that as being the setting for several of Laura Ingalls Wilder’s books. So we made an unplanned detour, which turned out to be a real jackpot. 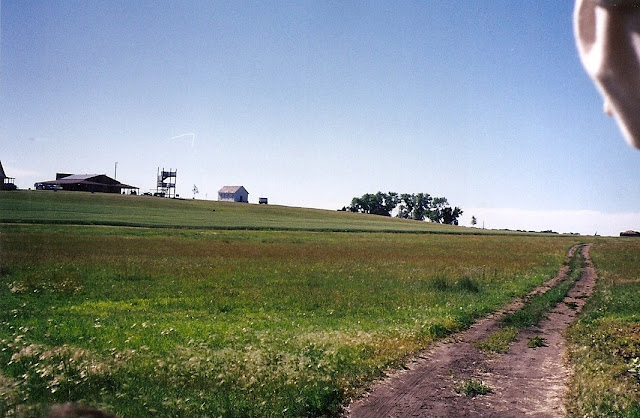 The people of De Smet take pride in this piece of their history. On the location of Laura’s parent’s, Charles and Caroline Ingalls homestead, the Laura Ingalls Wilder Memorial Society has recreated an authentic homestead, barn, and schoolhouse. Our family was up for wagon rides, playing in the barn, and running through the prairie. Bethany, our gift shop queen, bought a bonnet and apron actually hand made by the women in De Smet. 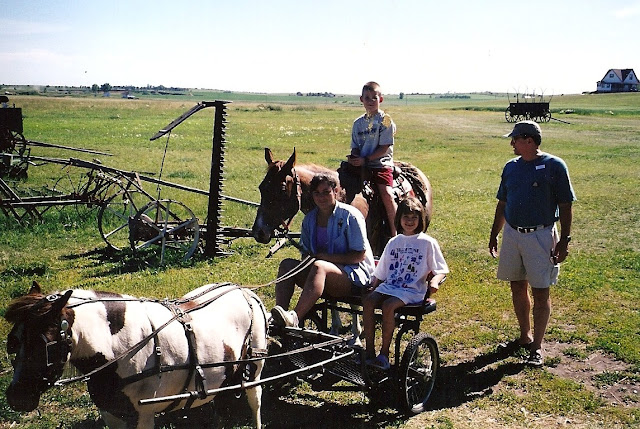 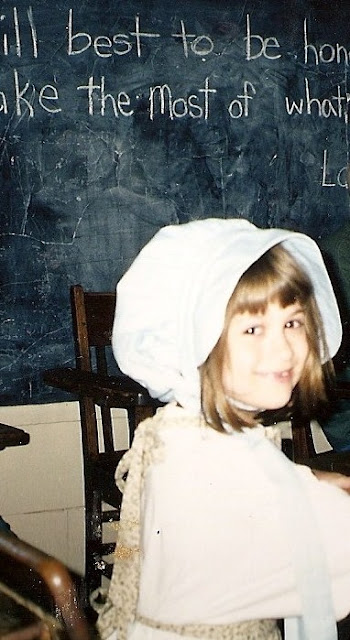 We boarded one of the wagons to ride through the prairie to the school house they moved there to mimic the one Laura taught in when just a teenager. Written on the chalkboard was a quote from Laura, “It is still best to be honest and truthful; to make the most of what we have; to be happy with the simple pleasures and to be cheerful and have courage when things go wrong.”

I’ve often thought of that line and the story of the winter the Ingalls spent in town which Laura captured in the book The Long Winter. Snow upon snow kept the train from getting through to De Smet with supplies and the family lived off brown bread alone for nearly two months. Along with the rest of the town, they were close to starving, but thankfully the train made it just in time.


I looked out over the homestead and imagined myself Laura, a tiny girl in a vast prairie. I could see how she could love it. The prairie, just as all God has made, has its own charm.


Charles and Caroline spent their latter years in town at a house, which Charles built in l887. Laura, of course, met and married Almanzo Wilder and moved to Mansfield, Missouri. All this talk of the Little House adventures made me want to know and see more. I looked at the map to see how far out of the way Mansfield, Missouri was. Not too far. So for our final stop on the way home, we plotted the path from De Smet to Mansfield. On our way, the children and I tried to imagine making this trip in a covered wagon with a little girl. 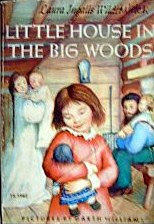 It was in Mansfield that Laura began to put down her experiences growing up. Laura’s first Little House book, Little House in the Big Woods, was published in 1932, and followed by many others in the series, all written in Mansfield. In the museum adjacent to the house I found it fascinating that they have original manuscripts for some of the books, written long hand in pencil on nickel tablets. Also in the museum are some of the items that traveled from De Smet to Mansfield: the writing desk, which for all of Laura’s readers is so familiar as the place where she temporarily lost her precious money for the house in Mansfield. Also, a quilt, a cupboard and of course there was Pa’s fiddle. Her house is so beautifully preserved, I felt almost like an intruder as it seemed that at any moment she might come through a doorway. 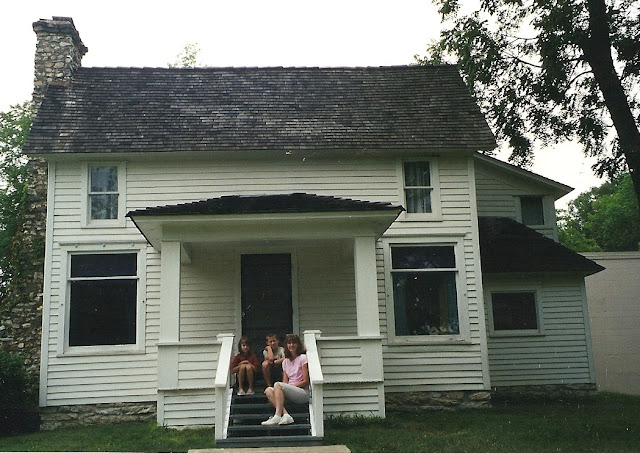 As much as I love home and longed to return there, I wanted to linger in Mansfield and savor this time--remember the way the rooms looked and the grain of the wood on the writing desk. Over the next year in homeschool, we’d try to read all of the Little House Books set in the places where we’d been.

We recalled what it felt like to run through the prairie, to ride in the wagon, to play in the barn and  just  how far it was from De Smet To Mansfield. We’d remember what it was like to sit on the porch of the Little House on Rocky Ridge and we’d often thank God for the life of a brave little girl named Laura.

Laura made a note in her Bible of several Bible chapters which were especially meaningful to her.

Posted by Beverly Varnado at 5:33 PM