A Few Hours at the Gideon Film Festival

My thirty-six hours away from home at the Gideon Film Festival were all too brief, but I was eager to get back home to my husband, Jerry, who’s still in the throes of recuperating from knee replacement. He at last seems to be getting some relief from the pain, but we'd love your continued prayers. 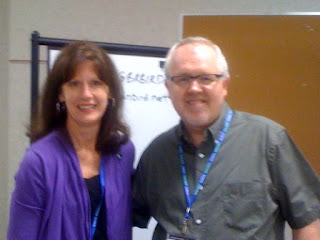 I'm thankful that a lot can happen in a little time at the Gideon. One of the highlights for me this year was a class I had with Brian Bird, co-executive producer of one of my all time favorite shows, Touched by an Angel. Most recently he produced a film for the Hallmark Channel—an adaptation of one of Beverly Lewis’ books, The Shunning. I missed it on the Hallmark Channel back in April but especially enjoyed a second chance to see it when it screened at the Gideon Monday night. An exquisite film. Can’t wait for it to come out on DVD September 16. Along with producer Ken Wales (Amazing Grace), Brian Bird is currently producing and directing a project entitled Captives which tells the story of the 2005 Atlanta hostage crisis. 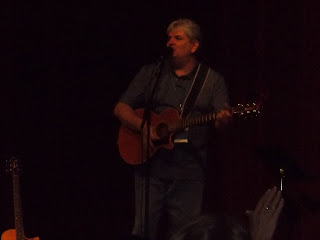 Producer Dave Moody, a grammy nominee and multiple Dove award recipient, led worship this year at the Gideon and in conjunction with his record company, Lamon records, also sponsored both a singer and songwriter competition. Dave's production company Elevating Entertainment holds an option on one of my screenplays.


I met producer, Kent Williamson of Palladin Pictures, on the way to lunch and had the opportunity to learn more about his amazing work. I caught up with Michelle Cox, whose project Eighteen Summers, is also optioned by Elevating Entertainment. Angela Walker of Christian Cinema.com helped me with some marketing ideas. And Erica Lane and I stayed up til way past midnight Sunday night just talking as we rocked in the chairs on the porch at Ridgecrest. 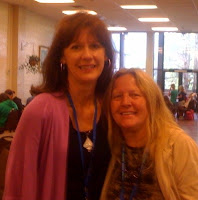 Many thanks to sweet friend, Maria Lennon, who at the last minute, made space for me to stay in her room. So gracious. Maria’s a real talent with many awards as a screenwriter under her belt including being an adaptation screenplay finalist again at Gideon this year.

Yes, I had so little time at the Gideon, but the time I had was blessed. This and what Christians are doing in the film industry reminds me of a song written by Kittie Suffield early in the last century:


In the harvest field now ripened
There’s a work for all to do;
Hark! the voice of God is calling
To the harvest calling you.
Refrain
Little is much when God is in it!
Labor not for wealth or fame.
There’s a crown—and you can win it,
If you go in Jesus’ Name.
Films are being produced on unimaginably tight budgets. Writers, actors, producers, musicians, and technicians often work on deferred payment and sometimes no payment. But the people I know in this industry feel called to it. And what we're seeing in Suffield's words is that "little is much when God is in it." The people I know are not laboring for wealth or fame, but they're laboring to get out the message of Jesus Christ--to touch with a film or song. To minister to the hearts of people who might never enter a church building. God is doing much with the resources and talents surrendered to Him.
May the Gideon Film Festival only increase in it's effectiveness and reach and may its founders, Rodney and Lori Marrett, be blessed for all they do for so many.
"We have here only five loaves of bread and two fish," they answered (Matthew 14:17).
"The number of those who ate was about five thousand..." (Matthew 14:21).

Posted by Beverly Varnado at 5:14 PM