Out of Pain, the Wonder Comes

I’m a little behind on blog posts as I’ve been editing the galleys for “Give My Love to the Chestnut Trees.” I was told today, that the book should go live on several sites within the next month or so and then start making its way through distribution channels. Still doesn’t seem real.


Tonight, I just returned from sharing about my writing journey with a group of precious clergy spouses.


As I prepared to tell my story tonight, I was once more struck by how God birthed this journey out of pain--how he pressed the words from the weight of circumstances.


Over and over again, he’s called me to write in the midst of times when part of me only wanted to lie down and pull the cover over my head. But no. God had other plans.


I think of the words of a long ago writer, who penned his words to another people struggling to be what God was calling them to be.


From Eugene Peterson’s version in The Message, “We’ve been surrounded and battered by troubles, but we’re not demoralized; we’re not sure what to do, but we know that God knows what to do; we’ve been spiritually terrorized, but God hasn’t left our side; we’ve been thrown down, but we haven’t broken…what Jesus did among them, he does in us—he lives!” (2 Corinthians 4:8-11)


And another verse from that same chapter this time from the NIV, “But we have this treasure in jars of clay to show that this all-surpassing power is from God, and not from us” (2Corinthians 4:7). 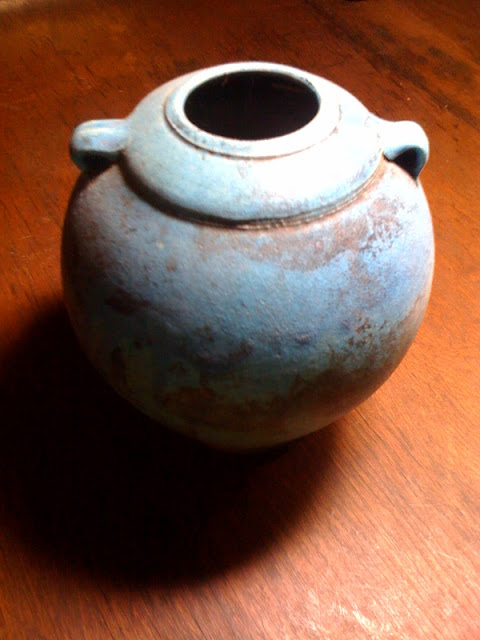 I am but a vessel formed from the earth, and all the pain sometimes feels as if it may split me into a million pieces, but it hasn’t, and by God’s grace, it won’t, because “God hasn’t left our side.” In fact, he uses all of this to work his good will. He uses the good from the pain to point to His power, His working. It’s about Him and it is truly a wonder.

Posted by Beverly Varnado at 10:55 PM