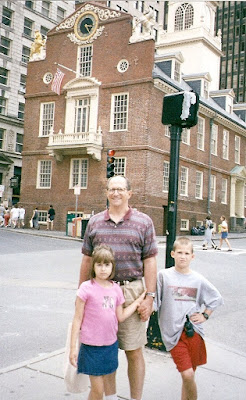 After our week of meetings at Asbury Grove, a camp north of Boston, we drove in to the Boston Common, parked, and found the starting point for the Freedom Trail. An easy to follow red brick line, it took us past many places of historical interest, including the Old State House, the location of the Boston Massacre where British troops opened fire on a rowdy group of freedom minded Bostonians. Five of them died thus fueling the fires for revolution. The Declaration of Independence was first read to the people of Boston from the east balcony of the Old State House. 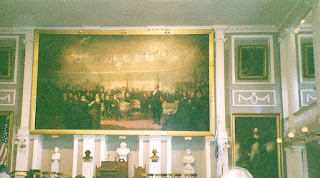 Faneuil Hall, built as the first central marketplace in Boston, also provided a large meeting room, which would be used as Boston’s official town hall. Noted speakers like Frederick Douglass, Daniel Webster, Jefferson Davis, and Susan B. Anthony spoke here in this place often called “The Cradle of Liberty.” 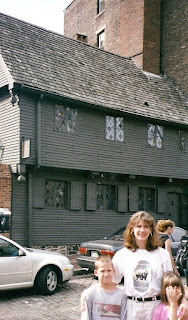 We took in the Paul Revere House, the oldest house in Boston, where Paul Revere lived from 1770-1800. Just days earlier, we’d visited the Minuteman National Park in Concord and stood on the very spot where British soldiers captured Paul Revere on his midnight ride to warn Samuel Adams and John Hancock that the British were coming.


Our last stop for the day was Old North Church in the North End. The Church, built in l723, made it Boston’s oldest house of worship, but its notoriety comes from the night sexton Robert Newman hung two lanterns in the belfry to signal the advance of British troops to Paul Revere waiting on the distant shore. 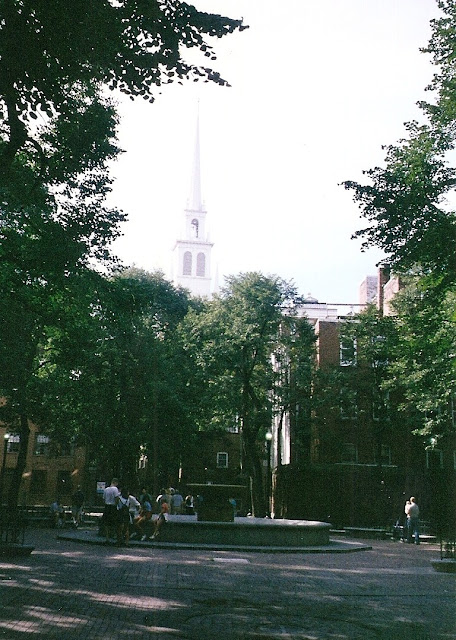 Reaching our expiration dates, we never made it to the USS Constitution, but instead found a wonderful outdoor café in the North End and had a nice dinner, and then later left Boston filled to the brim with not only food but also enough history to talk about for weeks.

What we didn’t know, is that as we visited and pondered the significance of these historical markers in our country's history, a diabolical scheme to attack this nation was unfolding at that very hour. I recently read a National Park Service document, which noted National Parks shuttered in the aftermath of September 11 and included Minuteman National Park among the many we’d visited that summer of 2001.

My children would memorize much of Longfellow’s “Paul Revere’s Ride” in homeschool the following year and together we’d remember these landmarks of freedom made even more precious to us because of the events of 911.

For, borne on the night-wind of the Past,
Through all our history, to the last,
In the hour of darkness and peril and need,
The people will waken and listen to hear
The hurrying hoof-beats of that steed,
And the midnight message of Paul Revere.

"Unless the Lord watches over the city, the watchmen stand guard in vain"(Psalm 127:1).﻿

Posted by Beverly Varnado at 10:20 PM