I’d been meditating on Andrew Murray’s sixteenth lesson about Persevering Prayer in With Christ in the School of Prayer, as I headed out to spend a retreat day with precious clergy spouses.


Murray said, “It (real faith) knows for certain that not a single believing prayer can fail of its effect in heaven, but has its influence, and is treasured up to work out an answer in due time to him who persevereth to the end. It knows that it has to do not with human thoughts or possibilities, but with the word of the living God.”


My “real faith” shook as it struggled to believe that indeed God was acting in a matter over which I had long prayed.


When I left home, the sun shone, but as I turned the car to the west, the sky grew increasingly dark, almost ominous. It seemed an illustration of my inner struggle.


Then, against the sky’s gloomy backdrop, God provided this reminder of his unbroken promises. 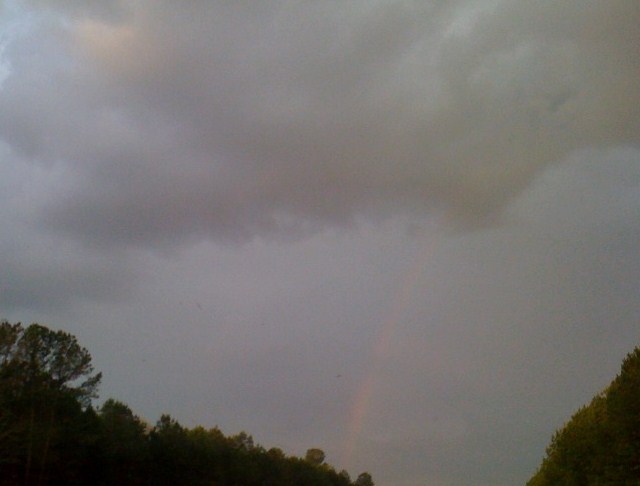 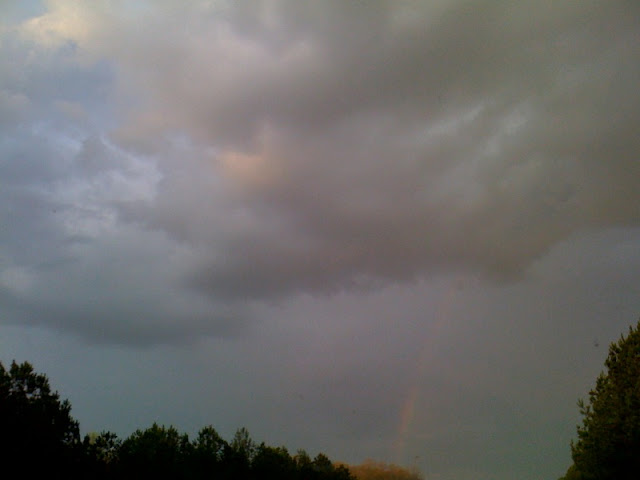 As I watched, the arc grew from ninety to a full one hundred and eighty degrees, the promise spanning from horizon to horizon 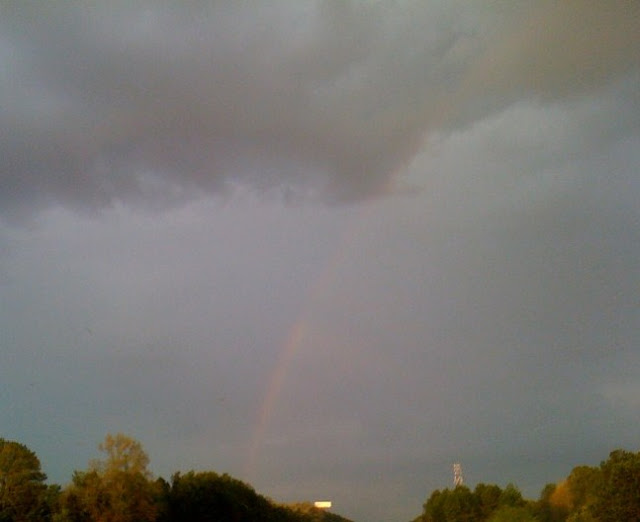 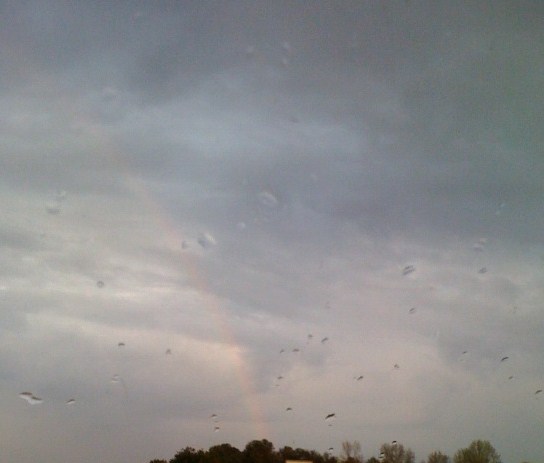 “Faith takes and holds the answer in the promise, as an unseen spiritual possession, rejoices in it, and praises for it. “ Andrew Murray


Here I was literally wrapped in God’s promise. Thank you, God. Thank you.


At the retreat, each table of clergy spouses presented a skit; one of Lazarus being raised was so timely because of the seeming impossibility of it all. Then later, a sweet sister sang the faithfulness of God through this song  about Lazarus, which says that even though it may sometimes seem God is delayed in his responding, he’s never late.


In addition, our lovely speaker pointed out that Jesus said, “Lazarus, come forth,” specifically because if he hadn’t singled him out by name, the entire cemetery would have risen from the dead because of his powerful words. Another reminder of how mighty the God we serve really is.


I almost didn’t go to this retreat, because of other conflicts, but I left knowing God had woven a golden thread throughout the day’s events tying them together to bring assurance of his faithfulness and encouragement to persevere in prayer.


If you’re waiting, wrap yourself in the promises of God, keep praying, and watch for Him. He will not be late.


“Jesus told them a story showing that it was necessary for them to pray consistently and never quit” (Luke 18:1 The Message).
Posted by Beverly Varnado at 3:14 PM

Email ThisBlogThis!Share to TwitterShare to FacebookShare to Pinterest
Labels: Luke 18:1, perseverance, prayer, With Christ in the School of Prayer

Thanks for reading,Julie. Don't want to miss anything God has in the waiting, but oh, so hard. Blessings to you.

Loved your post, and the pictures were awesome. Thanks for the timely words

Marianne, God's message was timely for me as well. We continue to persevere in prayer. Thank you for reading.