Balls in the air and a quarterback that wouldn't quit

Everyone here is gearing up to watch a big away game on television tonight. Team colors abound, and expectations soar. 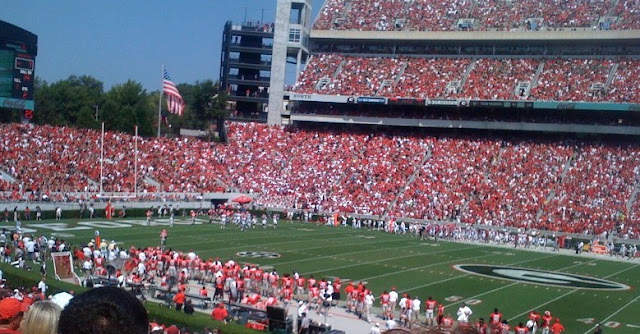 I’ve had a good many balls in the air myself these past few weeks finishing a manuscript and preparing for a conference. My blog posts have been more challenging to write than usual because of extra demands.


So, I scanned a file of articles I’d never used, and this devotion having to do with sports popped out at me.


It encouraged me to read it again. I hope this story I wrote some time ago about a young quarterback who wouldn’t quit gives you a boost, too:


After a dozen games, and months of practice, one score separated the high school home football team from advancing to the state playoffs. With minutes left, the home team quarterback threw a ball into the opposing team’s hands, giving the opponents a distinct advantage.


As the defense took the field, the quarterback trudged head down to his place on the sidelines. He appeared to battle discouragement. This play could have been the last one in the last game of his senior year. I imagined the thoughts going through his head and knew he might be feeling a huge weight if his team lost the playoff contest. I prayed for him and that this missed pass would not be the thing for which he’d be remembered.


A few seconds ticked off, and with very little time left, the ball changed hands again. The quarterback retook the field.


Under intense time pressure, this young man carried out his duties handing off the ball for what would be the home team’s winning score.


And in a few moments, discouragement turned to joy.


Sometimes in life, we feel sidelined after some perceived or actual personal failure.


In those times, we have to decide if we’ll continue, and carry on with the same resolve as always like the determined young quarterback. Often, the temptation to quit is huge.


But, God promises to be with us as we step out in his power.


Though I prayed that interception pass would not be the thing for which the quarterback would be remembered, I think it will be.


You see, every one watching that evening gained a valuable lesson in perseverance from him.


Dear Lord, help us to draw from your strength in those times we feel discouraged. Thank you for your promise to be with us always. Amen.

Posted by Beverly Varnado at 7:38 PM

Email ThisBlogThis!Share to TwitterShare to FacebookShare to Pinterest
Labels: encouragement, I Chronicles 28:20, perseverance