If you're really, really good at worrying

I read this week in Best-Ever Backyard Birding Tips that we have the perfect yard to attract birds. Evidently, one of the reasons birds and in particular song birds have been in decline is the affinity folks have for lawns composed of only one type of grass. Mixed lawns full of ajuga, clover and violets as well as diverse grasses will attract a variety of insects, which in turn attracts birds.


Music to my husband’s ears. If he had his way, he’d asphalt the front yard, he hates yard work so much. This mixed lawn idea means he can let go any ambition he ever had about getting rid of the weeds in the lawn.


Birds must like it here, because they flock to our feeders. They’re probably the great-grand birds of ones I started feeding years ago.


In January of 1999, I began putting birdseed in a feeder given me some years before. Before, I’d mostly used it as a decorative object to hang in a tree in my back yard. I suppose I felt I never had time to feed the birds or learn their names. Oh, I recognized doves, blue jays, and cardinals, but that’s pretty much it. I had no idea who else lived in my yard until our first year of home schooling when we started what we called “The First Bird Contest.”


In order to make learning the names of birds more interesting for my first grade son, we devised a game in which whoever saw and named the first bird to the feeder in the morning wrote it in a little journal we kept. At the end of the month, we’d name one bird the winner.


I couldn’t believe how many birds we came to know—Mr. and Mrs. House Finch, the Tufted Titmice, the Black Capped Chickadees, a Downy Woodpecker, Sparrows, and several little Wrens. The Cardinals eventually won the contest followed closely by a Tufted Titmouse. Even a couple of squirrels who’d temporarily forgotten where their acorns were, learned to outfox the dogs in the backyard to get at the black-oiled sunflower seeds. 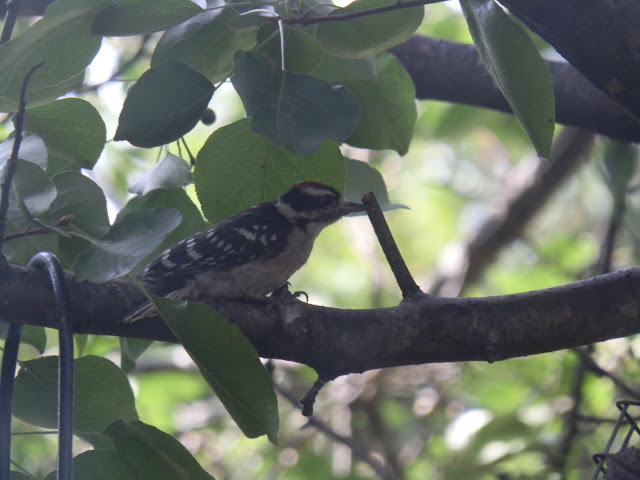 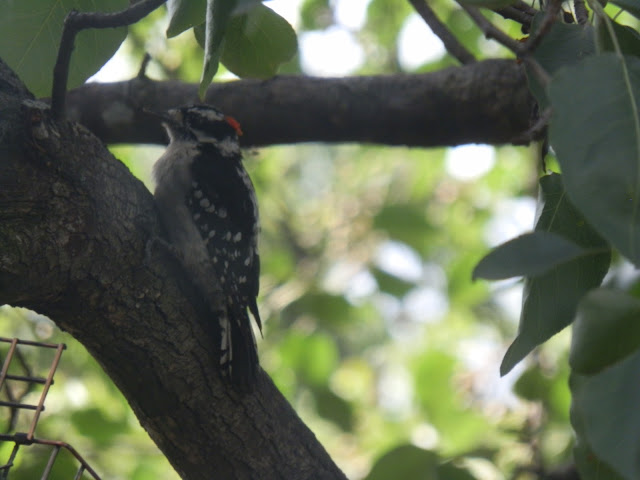 At the time, I still struggled to overcome post-traumatic stress which began when a friend took her own life. While I watched the birds, I forgot about the pain of the past and the fears of the future.


When Jesus said, “Look at the birds of the air…” He meant more than a simple passing glance.


The King James says, “Behold.” The Greek word here means to “observe fixedly, or to discern clearly.” As I gazed into the backyard, God often reminded me that he knew when even one of these feathery dinner guests fell to the ground. They don’t sow their food. They only reap the consequences of someone else’s sowing.


When I hear Jesus say “…yet your heavenly Father feeds them,” I know that Grace is woven in the created order.


These verses come under a heading in my Bible called, “Do not worry.”


It’s very hard to give up something at which I’ve become so skilled. It seems I’ve even improved as I’ve gotten older.


At times, I’ve let the cares of this world claim entirely too much of a share of my thought life.


God will allow us for a season to walk down the wrong path, but His grace and love continually call us back.


Just after I started feeding the birds, someone gave me a little birdhouse with a note attached, which said, “…as you journey down life’s road may you be blessed with many quiet moments and simple joys. You are loved.”


Yes, quiet moments to look, behold, observe, and discern the truth that God is in control of the lives of birds and of the life of me.


“Look at the birds of the air; they do not sow or reap or store away in barns, and yet your heavenly Father feeds them. Are you not much more valuable than they?”(Matthew 6:26)

Posted by Beverly Varnado at 3:02 PM