If You're In a Tight Spot

My sister’s family adopted two puppies, now about six weeks old. Their mama is a border collie, while their daddy is believed to be a St. Bernard. 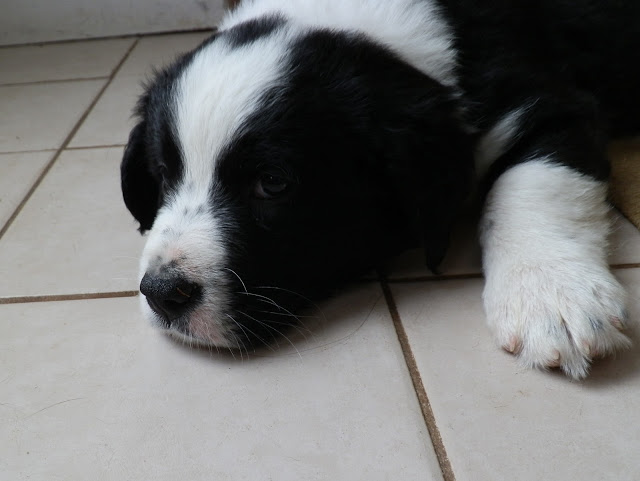 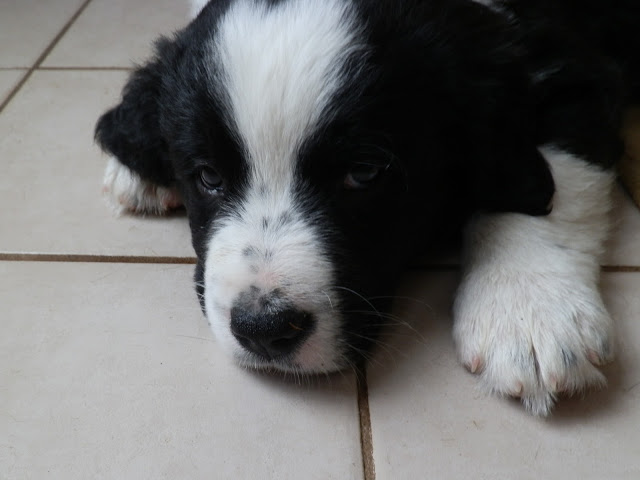 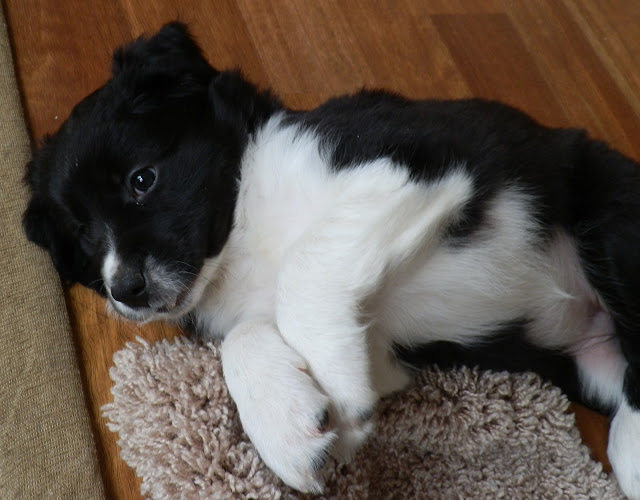 We puppy sat for them a few hours and all my husband, Jerry, could say was, “Look at the size of those paws.”


He’s right. They’re going to be big girls. Lizzie found the cat door at my sister’s house, and though the picture is a bit blurry, I think you can see she won’t fit through it for long. 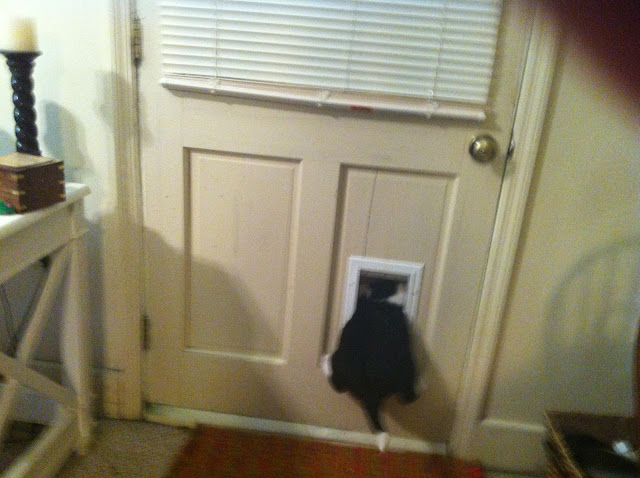 Years ago, before our most recent feline additions, we had a dog door. Now closed, we miss the easy access it gave us when we forgot our keys. Every member of the family has been through it several times. The last time I crawled through the door, I determined if I had weighed even one more ounce, we might have had to call the fire department to get me out. I guess it’s just as well that it’s closed up now.


I know what it’s like to be in a tight spot, and not just because I’ve squeezed through a dog door.


Sometimes, God allows us to go through situations where there doesn’t seem to be much wiggle room.


The apostle Paul called himself “a prisoner of Christ Jesus” in Philemon. I just shared these verses from Paul with a group a few days ago, “We’ve been surrounded and battered by troubles, but we’re not demoralized; we’re not sure what to do, but we know that God knows what to do; we’ve been spiritually terrorized, but God hasn’t left our side; we’ve been thrown down, but we haven’t broken”(2Corinthians 4 The Message).


Paul knew what it was like to be in a tight spot, too. He met his death while imprisoned in Rome, but not before he’d written his prison letters:  Ephesians, Philippians, Colossians, and Philemon. In all, he wrote thirteen of the twenty-seven books, which later became canonized in the New Testament. Echoing from the small confines of a first century Roman prison cell, God speaks to us through Paul’s words to encourage, exhort, instruct, and correct us today.


God used Paul’s incarceration to do something extraordinary.


When we allow God to speak to us through and in our circumstances, we open a way to turn any confinement into a broad land.


Someone once paraphrased Harriet Beecher Stowe this way, "When you get into a tight place and everything goes against you, till it seems as though you could not hang on a minute longer, never give up then, for that is just the place and time that the tide will turn."


So, hang on to Jesus, and know He’s with you in any tight spot.