My husband, Jerry, and I had the opportunity to attend the Atlanta launch for Jerry Jenkins’ newest book, I Saul.  I’d met the author before and had several classes with him, but we arrived early anyway, because my husband wanted to make sure he had time to deliver a special message to Jenkins—that someone dear to my spouse had come to know the Lord through Jenkins’ Left Behind books.

As Jenkins signed a book for me, my husband stepped up and relayed his message, his voice often breaking in emotion.


Jerry Jenkins, his eyes tearing, said, “I never grow tired of hearing that.” And my Jerry handed Jenkins another book to sign which he intended to send to this one who is now very close to God. 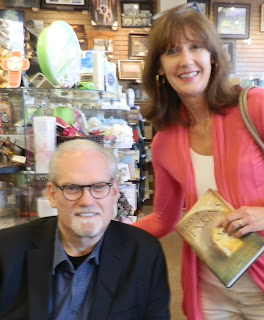 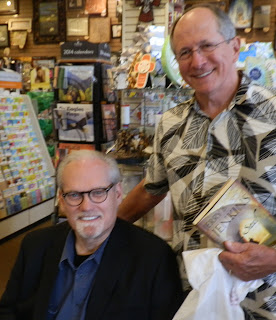 As we left, I kept thinking about Jenkins’ response, “I never grow tired of hearing that.” It made me think of lines from an old hymn by Katherine Hankey.


I love to tell the story;
For those who know it best
Seem hungering and thirsting
To hear it like the rest.


The old hymn reminds us that those who know the story of Jesus best, long to hear about his love and mercy as much as those who have never heard.
I love to tell the story,
It did so much for me;
And that is just the reason
I tell it now to thee.


Inspires us to tell the stories of Jesus and what he is doing around us every time we have opportunity to those who have heard and those who haven’t.


Sometimes, when I’m researching a post, I come across something unexpected. I wanted to find a version of “I love to tell the story,” for those of you who haven’t heard it in awhile. While searching, I came across a version with Emmy Lou Harris, and of all people, Robert Duvall.


Turns out, it’s from the movie, The Apostle, which came out during the years I had small children. Didn’t see a lot of movies then unless they were animated. I’m still catching up. I know the movie met with some controversy but still, Duvall was nominated for an Academy Award and received the Grace Prize at the sixth annual MovieGuide awards. The MovieGuide Awards sponsors the Kairos Prize in screenwriting for which I’ve been a finalist.


Here’s an excerpt from an article at Crosswalk:
“Robert Duvall received the Grace Prize for his outstanding performance in THE APOSTLE from presenter and last year's award recipient, Stephen Collins, star of TV's 7th HEAVEN. The Grace Prize is presented annually ‘to the one actor who, through his or her performance, best exemplifies God's grace and mercy toward us as human beings.’ Morgan H. Grace, Jr. sponsors the award, which exemplifies Ephesians 2:8, ‘For by Grace you have been saved through faith, and this is not your own doing; it is the gift of God, not the result of works, so that no one may boast.’


Duvall said after receiving the award, that in making the movie, he wanted it to be ‘an expression of grace.’ He said, ‘I want to thank you for this award because we tried hard to show that there was a power higher than ourselves.’”


Talking about telling the story. Whatever one may think of the film, it’s hard to not enjoy this version of “I Love to tell the Story.” Hope this blesses you as much as it did me.

Posted by Beverly Varnado at 11:41 AM

Email ThisBlogThis!Share to TwitterShare to FacebookShare to Pinterest
Labels: Ephesians 2:8, I, I Love to tell the Story, Jerry Jenkins, MovieGuide, Robert Duvall, Saul

Can't wait to read the new JJ book! Thanks for posting the link to the song - brought tears to my eyes. I miss singing these old songs...this one was one of the first ones I picked out "by ear" on the piano before taking lessons! Love, Freida

Freida, you're certainly welcome to borrow my copy of I, Saul. This song brought tears to my eyes, as well. Have it in my favorites. Love you, Bev