If you're not satisfied 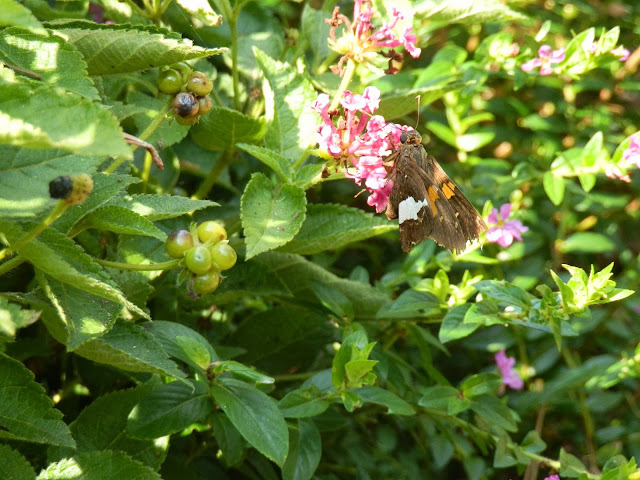 While resting from pulling weeds on a hot fall day, what I believe to be a Silver Spotted Skipper circled and lit on my garden glove. I’d seen him earlier on the lantana, and my colorful garden glove I’d bought on sale at a discount store must have attracted him as it resembled the brilliant lantana (butterflies can see a whole range of colors, even ones we can’t). 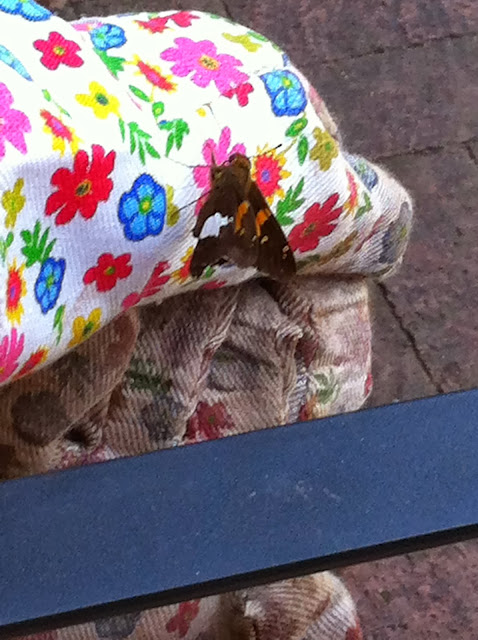 He stayed a long time, maybe trying to figure out why something so appealing did not satisfy. I finally had to shake him off.


How frustrated the Skipper must have been trying to draw nectar from faux flowers.


Much around us looks like the real thing, too. But it does not fill us.


I recently declined to buy erasers for my Samaritan’s Purse shoeboxes because they looked like candy. It seemed a cruel thing to send children who might not have enough food a daily reminder of what they didn’t have. I was concerned they might try to eat them.


Spiritually, we often try to draw from the fake what only the real can give.


We’ve just started another Bible study, and we’re using Beth Moore’s, Breaking Free. I’ve led it several times before, but it seems new to me. That’s because much of it is new, as Beth has revised the material since she first wrote it ten years ago. In a chapter where she introduces the benefits of being a child of God, the third benefit is being satisfied in God (Other benefits are knowing Him, glorifying Him, and experiencing His peace and His presence).


Beth points out Isaiah 55:2, “Why spend money on what is not bread, and your labor on what does not satisfy?”


She says, “We can easily be led into captivity by seeking other answers to needs and desires only God is equipped to meet.”


I thought of my butterfly trying his best to draw nectar from a fabric glove. If he'd persisted in the deception, he could have starved. We too, labor and labor trying to be satisfied with material possessions, an ill advised relationship, ungodly entertainment or a host of other substitutions for the real thing. But in the end, our souls become malnourished.


When we hunger and thirst for God, only He will satisfy. There is no substitute—even and especially if we find it on sale at a discount store.
Posted by Beverly Varnado at 5:00 AM