My dad, his dog Sandy, and jumping up

My dad has been remembering a story lately that I’ve never heard before.


“I used to have a dog,” he says his eyes clouding over with memory. “It was a black dog named Sandy with tan spots above his eyes. It wasn’t a hound and couldn’t hunt like a hound. Couldn’t use his nose. But he always went with me rabbit hunting.” 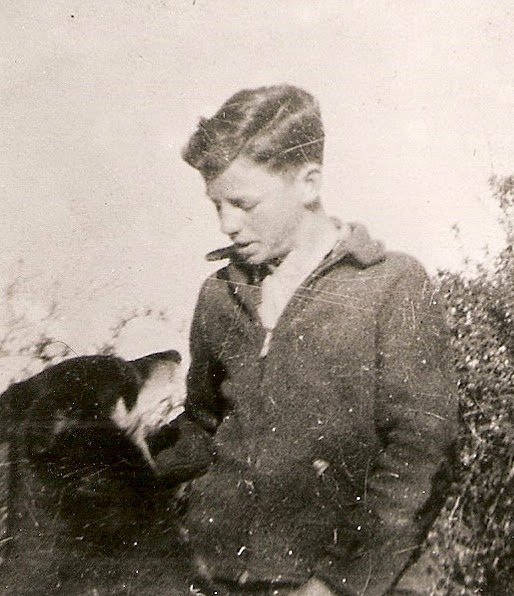 My dad’s family eked out a living during the Great Depression as sharecroppers. I imagine a rabbit would’ve been meat for the evening meal.


Dad grins as he continues. “That dog couldn’t find a trail, but he hunted by sight. When the rabbit disappeared, he’d bounce up and down in the air trying to see that rabbit above the brush. Found him, too.”


I smiled at the story that bubbled up out of dad’s memory after so many years about his dog, Sandy.


It reminded me of times when I’ve lost the trail, unable to see what I’m looking for. Kind of lost—sometimes feeling like Sandy with his lack of a nose or like the travelers on the way to OZ, if I only had a heart, or a brain, or courage, I wouldn’t be in the predicament I’m in.


Sandy and his jack-in-the-box ways help me.


Because when I’m stuck in a bramble, I can jump up. Up towards God, up towards the one with the bird’s eye view.


Ruth Graham, wrote, “We can stand on tiptoe by walking consistently in our relationship with God, by keeping our focus on Him, by looking forward to the future with the expectation that He will be there.”


So, if you’ve lost your way, jump up. God will be there.


Thanks for the story, Dad, and have a Happy Father’s Day.


“God did this so that they would seek him and perhaps reach out for him and find him, though he is not far from any one of us” (Acts 17:27).
Posted by Beverly Varnado at 5:00 AM

Wonderful post! Your dad is such a good man.

Thank you, Jane. I'm partial myself. Missed running into you this week, but continuing to pray.