When you think you only have one week

I slipped into the bustling hotel banquet room for the first meal of the 2008 American Christian Fiction Writers Conference in Minneapolis. Harried from a long trip north, I’d lost a jewelry roll along the way, which had meant making several phone calls on my arrival to Delta, the airport in Atlanta and Minneapolis, etc. The pieces were only valuable to me, and I mourned their loss. The scene in front of me was chaotic with hundreds of people reconnecting with friends. As I scanned the crowd, I couldn’t spot a soul that I knew. Even as an introvert, I usually don’t have a problem sitting down at a table and meeting new people, but this night, I didn’t know if I could summon the energy, not really up for the job. Then I heard someone calling my name.

I turned and there was Sue Duffy. Sue and I had met a year or so earlier because we shared the same agent. She sat alone and waved me over. “Come join me.” 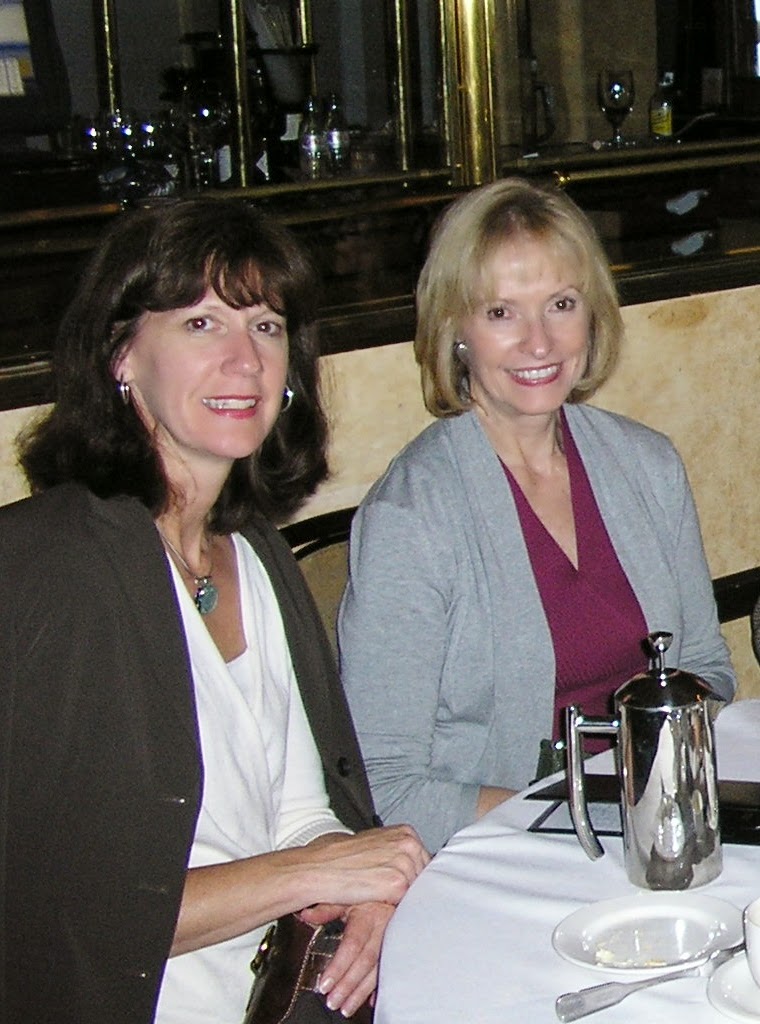 We immediately connected over many areas in our lives, foremost of which was a shared angst over rejections we’d received days earlier from publishers who had expressed serious interest in our projects. We’d both been working a very long time. She’d even left a job as an executive editor with a regional magazine to pursue fiction.

We’d felt a call to write fiction, yet things hadn’t gone as we’d hoped. Our mutual struggle bonded us, so though our orbits at that conference took us to separate classes and interviews, we still intersected for meals to share about our experiences. We tried to encourage and support each other. Blessedly, my jewelry turned up. We had a laugh over me finding it in a temporarily forgotten pocket of my suitcase.

When the conference ended, we pledged to try to room together at the next one. Hours apart in different states, we kept in touch via email.

Not long after the conference in Minneapolis, Sue received a contract from Kregel for Fatal Loyalty, which released in 2010. About the same time, I won a book deal in a writing contest for Give My Love to the Chestnut Trees.

We congratulated each other, but the next year, I couldn't go to the conference. Sue went alone. So it went, every year around conference time, we’d swap emails and either she went and I couldn’t go, or I went and she couldn’t go. Most recently, I attended ACFW in 2012 without her, and in 2013, she went without me.

An incredibly gifted writer, Sue's success continued and her Red Returning trilogy won a National Book Award back in April of this year. I sent her a congratulatory message, but didn’t hear from her, which I thought strange.

A week ago, I saw a post on Facebook, which rocked my world. Sue Duffy had died. She was diagnosed with pancreatic cancer last fall a few weeks after our usual email exchange and went into a steep decline. I never knew. There had only been a couple of posts on Facebook about her condition, one of which was a Caring Bridge link, and I missed them.

Most of our communications related to writing, so when I read her obit, I found she was a musician who had been involved in prison ministry. I have been a church musician since childhood and helped lead worship in prisons for over a dozen years. If we’d only had more time together, we would have discovered this mutual interest. We could have swapped stories of our prison ministry and maybe planned a mission together. I like to think we also might have collaborated on some writing project.

But we didn’t. Even in retrospect, neither of us could have altered the circumstances, which prevented us from having another conference together. It seemed we would only have the one week in Minneapolis.

As I write, I’m sitting on the patio of a seaside retreat listening to roaring waves. A short distance away, shell seekers peruse the beach plucking exoskeletons of marine mollusks from soggy sand. Something about the beach intensifies the sense of our mortality but paradoxically the eternal realities, as well. The tides roll in and out in moon-guided cycles washing away one day and ushering in another. However, the ocean expanse is so great and points to a Creator who is even greater, one who transcends twenty-four hour boundaries.

I feel the shifting sands as I make my way through her brave Caring Bridge journal, tissues in hand. I feel her own sense of the fragility of life, but I also hear in post after post her firm faith in a mighty God. I wish I’d had a chance to respond when these pieces were written.

I think of Sue and what she taught me the short time I knew her. A woman of faith, elegance, and grace, she possessed a commitment to follow the path God had established even in times of confusion and discouragement. She held fast when seas became stormy. I hope I can do the same. Her life’s story encourages me, and I’m grateful to have known her, even for such a short time.

So, here’s to Sue and her one beautiful life. Here’s to the assurance that the next time I hear her calling my name, we’ll have more than a week together.

“Surely your goodness and love will follow me all the days of my life, and I will dwell in the house of the Lord forever” (Psalm 23:6).

Posted by Beverly Varnado at 6:55 PM