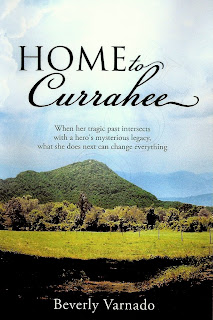 A few weeks ago, I had the privilege of attending the Currahee Military Museum Weekend in Toccoa, Georgia to sign copies of my book, Home to Currahee.


The number of our World War II veterans is diminishing every year. Though in their late eighties and early nineties, several of the paratroopers who trained at Camp Toccoa made long journeys to be present for the weekend this year. Camp Toccoa is the site on Currahee Mountain where the paratroopers trained who jumped behind enemy lines on D-Day. Steven Ambrose in his book, Band of Brothers, and later the HBO miniseries, told the story of Easy Company, the 506th regiment and part of the 101st Airborne who started their journey at Camp Toccoa.


Eight years ago, when I wrote the first draft for Home to Currahee,  I interviewed Reed Pelfrey, a pathfinder, who was one of the first to make the jump to set the drop targets for those who would follow. Sadly, Reed is no longer with us, but the museum features a display from his life.


It was a high honor to speak with these heroes who made such an impact on our world, among them Al Mampre and Ira Morehart and Ed Pepping. 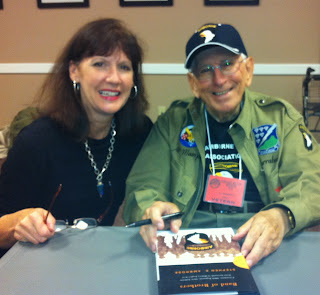 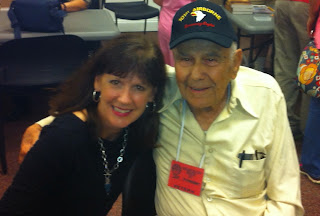 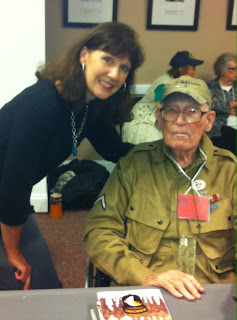 Also, I had the joy of meeting a homeschooling family of six children from San Antonio, Texas who arrived in 1940’s attire and delighted everyone who attended that day. I was signing a book for someone when I heard this operatic quality voicing singing, “There’ll be Blue Birds over the White Cliffs of Dover. “ I turned to see fourteen-year-old Faith Philips serenading several of the veterans. 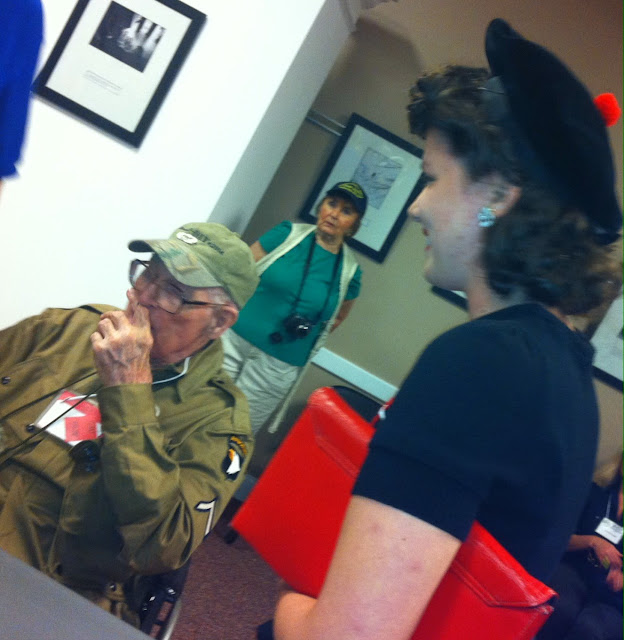 Every eye in the room was on them and most were filled with tears. Here is her website, please don’t miss it.


Here on Veteran’s Day, find a veteran and thank them for their service. You might even do a little serenading of your own. And let’s especially  remember to pray for those serving now and possibly still in harm’s way.


If you’re not a football fan, you may have missed Chris Botti’s rendition of the Star Spangled Banner this past Monday Night.  He had big football players in tears. Here it is.


To the home of the free and the land of the brave and all those who defend it.

Posted by Beverly Varnado at 10:04 AM