The weather turned out glorious for our daughter’s graduation from Oglethorpe University this past Saturday. 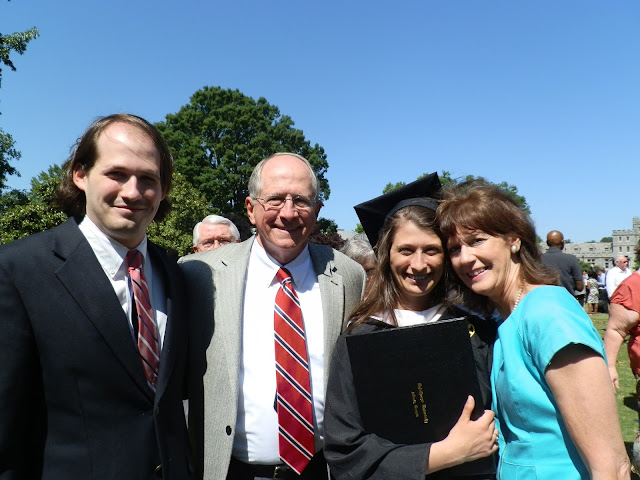 Family lined up across an entire row to witness the memorable event. 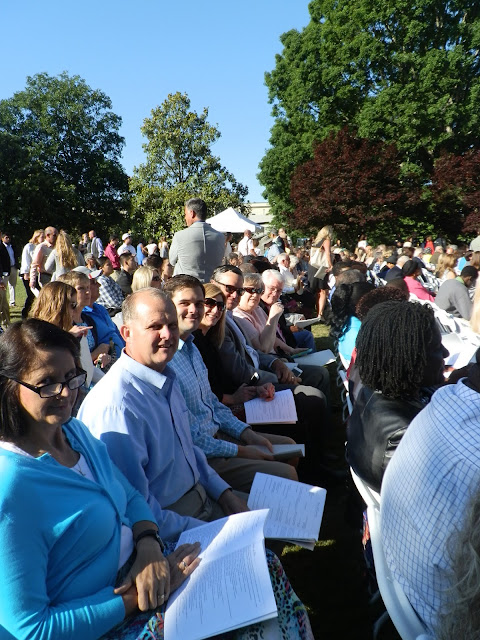 As she processed in, she blew me a kiss. She really didn’t want to go through all the pomp and circumstance of the ceremony. She just wanted her degree, but I thought we should celebrate. That kiss said, “Mom, this is for you.”


Thanks, my sweet girl.


Celebrate we did, because (let me brag a bit) as a James Edward Oglethorpe full tuition academic scholarship recipient, we are so very proud of all that she has accomplished.


Adding to what was already an amazing day was the commencement speaker, new CEO for the National Center for Human and Civil Rights, Derrick Kayongo, awarded an honorary doctorate of humane letters from Oglethorpe.


He began his address to those gathered on the campus of this liberal arts college by saying, “God is good. Good morning.” 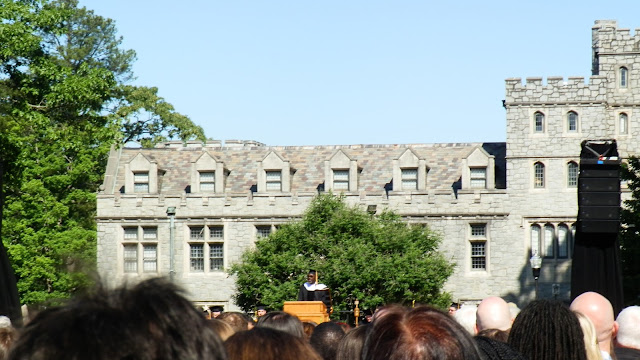 He immediately had my attention.


He shared that as a ten-year-old child in Uganda, he was dragged from his home along with his parents and witnessed a firing squad execute several of his friends and neighbors. His family managed to escape to Kenya from the horrors perpetrated by Ugandan military dictator Idi Amin.


There in a refugee camp he met a missionary worker from Pittsburgh who along with his parents became one of his greatest influencers.

He eventually made his way to Pittsburgh and while staying in a hotel, he was amazed to find three bars of soap in his bathroom. He put two in his bag and used one. The next day, he magically found three more bars of soap. He was shocked to find his used bar of soap had been thrown away. Kayongo’s father had been a soap maker, and Kayongo knew that soap could have another life.

It was then that the incubus of the Global Soap Project began, a project that has taken some of the 800 million hotel soaps discarded each year and recycled them into new soap for poor nations in Africa where children are dying from inadequate hygiene.


His delivery was filled with such joy and hope, I believe the graduates as well as their families felt inspired to leave that campus and make a difference in the world.


From the horrors of his childhood, Kayongo has by the power of God, grabbed hold of joy, and from that infectious and effervescent place, he challenges us to joy as well.


One of the last pictures we took of my daughter on the campus was with the Lupton Hall Carillon in the background. 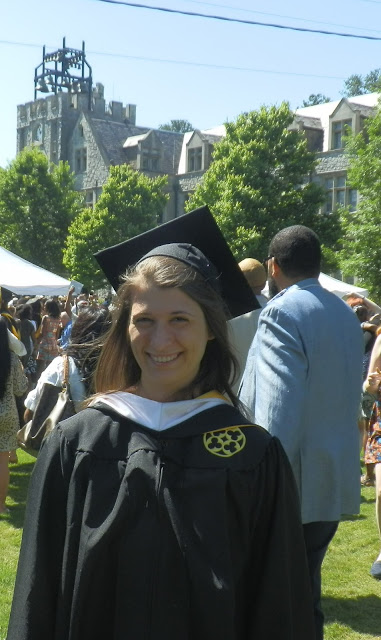 I was aware of the bells tolling. I listened a moment to the song they played.


“Joyful, joyful, we adore Thee,
God of glory, Lord of love;
hearts unfold like flow'rs before Thee,
Opening to the Sun above,
Melt the clouds of sin and sadness;
drive the dark of doubt away;
Giver of immortal gladness,
fill us with the light of day!”

A party still lay ahead. 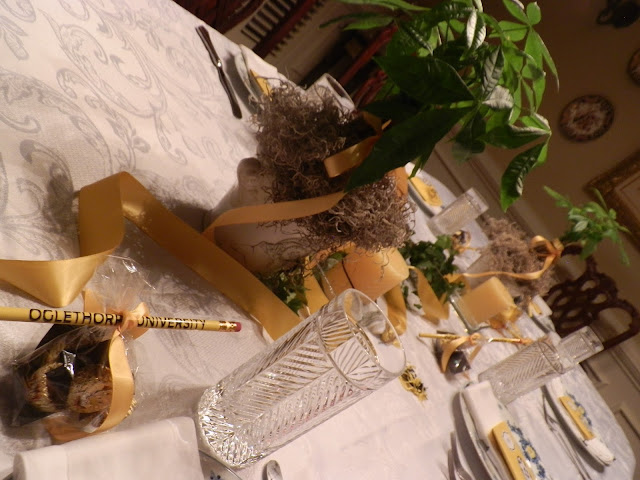 But our hearts were already spilling over. A joyful day, for sure.


Consider taking a moment to watch this you tube video when Kayongo was selected as one of CNN’s top ten heroes, HERE.
Posted by Beverly Varnado at 9:05 AM

The bells rang for you and yours: "Joyful joyful, we adore Thee." What an awesome story on a significant day.