Jerry and I are walking in our neighborhood, and he stops and points to spiky lobes growing in a neighbor's yard―a plant called prickly pear.
“Do those things bloom?” he asks. I suppose he wondered why anyone would have them if they didn’t.  Neither one of us are big fans of cacti.


“Glad you asked,” I responded as I pulled out my cell phone. “I snapped these pictures a few weeks ago.”


He shook his head amazed as he scrolled through them. 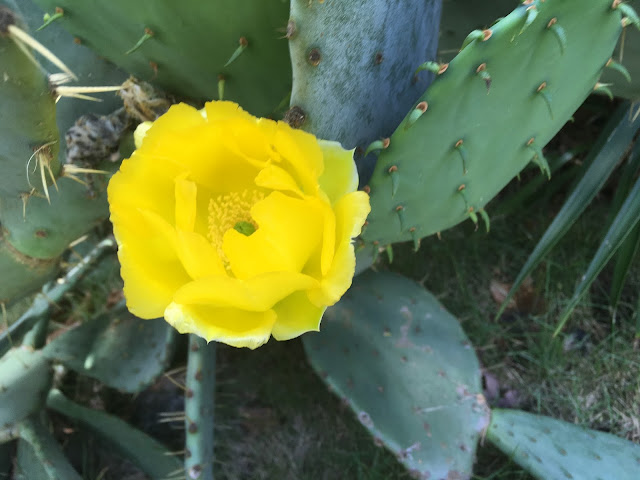 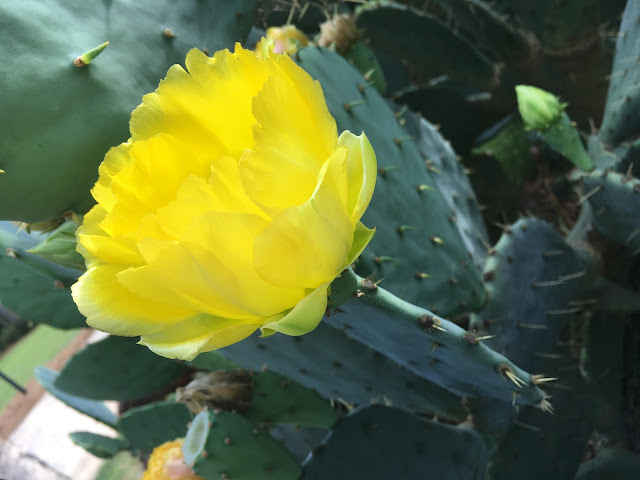 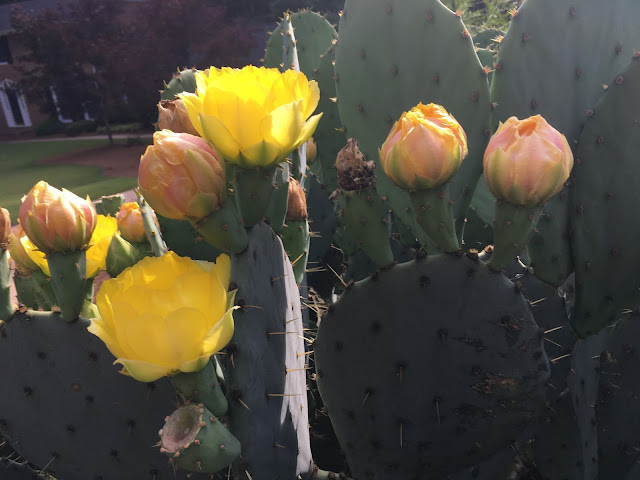 Another day not too long ago, I had been overcome by beauty in the middle of the prickles and stopped to capture the blooms, because I sensed God would use them somehow.


I am not a big fan of prickles, but isn’t it just like God to show us that no matter how much life can stick us and make us bleed, He can bring something exquisite out of the suffering.


Of course, it isn’t always apparent while we’re going through the circumstances, and often it isn’t immediate.


I’m a big fan of the HGTV show, Fixer Upper. Chip Gaines, the contractor on the show, is a big nut, and you never know what he’s going to do. On one episode, he and his designer wife, Joanna, were redoing a house, which had many prickly pears in the front yard. Texas, you know. But they must not love desert landscaping either, because they ripped those things out. Before they did, however, Chip pretended to fall back in them screaming as if he were dying. I happen to know if he didn’t have some sort of body armor on, he would have probably gone straight to the hospital. But the point is, he looked at those cacti and saw a way to make people laugh.


Oh, to have the ability to do that with our sticky situations.


I believe that is true.


So friends, even if you fall back into your prickly pears, God will be your body armor and maybe help you see the flowers . . . and the humor in them.
". . . we can be sure that every detail in our lives of love for God is worked into something good" (The Message Romans 8:28).

Posted by Beverly Varnado at 7:41 AM