The golden hour and what we can almost miss

I joined a half dozen other people snapping pictures of an incredible sunset at a retreat center. I whipped out my cell phone intent on capturing the combination of sun and clouds that made for such a display. As I turned to leave, the thought came to me that often, the pictures I most love are not the obvious ones, so I knelt down on the ground and took a few shots of the coastal marsh now bathed in light filmmakers call the “golden hour.”


It was several days later before I even stopped to look at the photos. The sunset was glorious, and most of pictures turned out the way I thought they might. 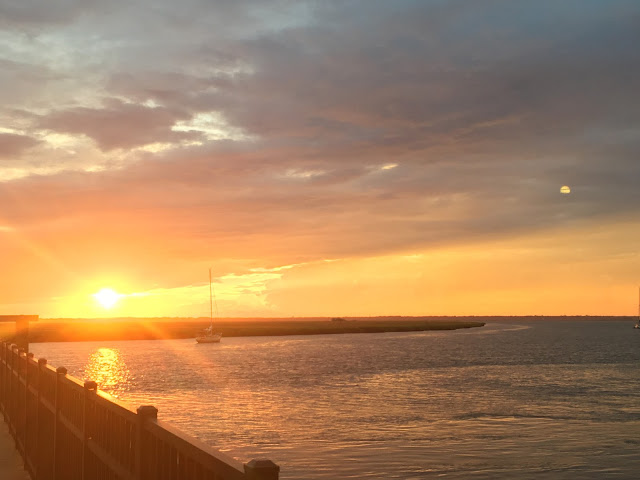 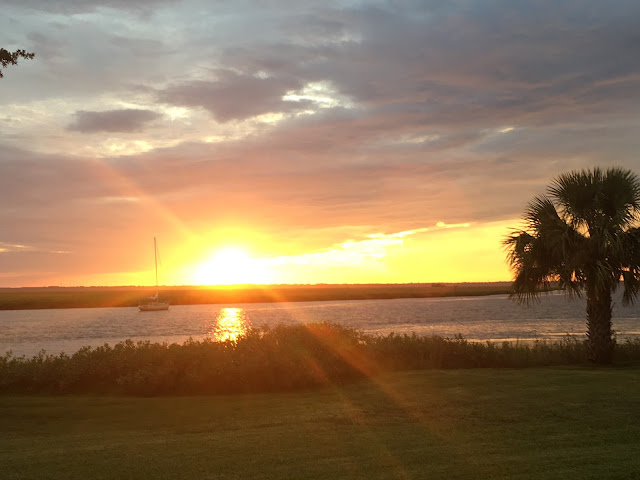 But that thought about loving the less obvious shot more turned out to be right.


The coastal marsh picture is the one that drew me in―the print of which I have beside my easel right now as I try to capture it on canvas. This is untouched, folks. No filters. 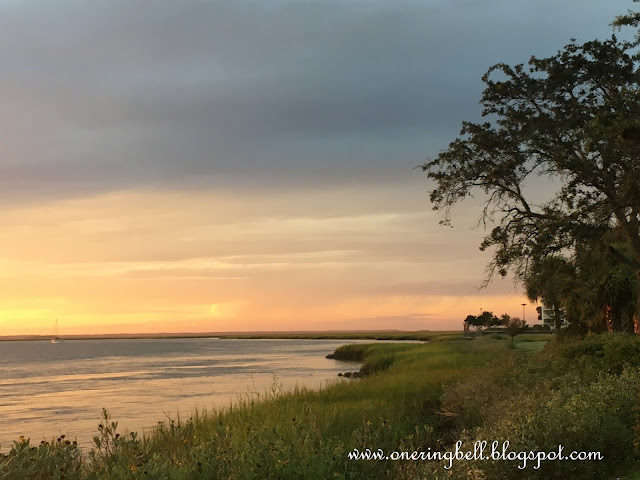 Almost looks as if the photo is a painting.

In I Kings 19, when God told Elijah He would pass by Him, a wind, an earthquake, and a fire occurred. But God was in none of these. Instead, God came in a “gentle whisper.” It was only then Elisha heard God.


Sometimes in life, we get so caught up in doing what everyone else is doing, we don’t hear that gentle whisper of God leading us in the way He would have us go. We can miss the best  simply because we aren’t willing to turn down the volume of racket in our lives to hear him and be willing to follow a less obvious path. That path is often filled with lovely surprises, just like my marsh picture.


Now, you may look a little strange as I did, sprawled out in the grass turned in a completely different direction from the others, but this is the picture that made me want to tell its story.


So, let’s be tuned in to the gentle whispers.


We don’t want to miss a thing God has for us.
Posted by Beverly Varnado at 6:00 AM