On being a champion

When you’re married to Jerry Varnado who spent a big chunk of his life on the football field and played on a Southeastern Championship team,  you’d better learn to love college football, and especially guys dressed in red and black. 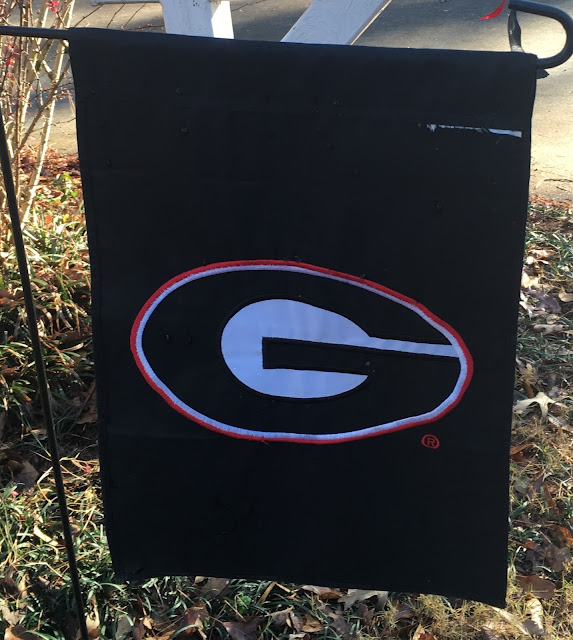 During the close match-up during the Rose Bowl, I almost had to undecorate the Christmas Tree to deal with my tension level. Double overtime and all. I heard the anxiety level rose so high with one University of Georgia fan, she actually jumped into her Christmas tree. I understand.


As I began to write this post, the match up for the national championship loomed. Our guys haven’t won  a national championship since 1980 so tension has been high, and my Christmas decorations were already in the closet. I didn’t know what I would do if it became a replay of the Rose Bowl. I guess I’d resort to my usual pacing.


Though the match up was called the championship game, it seems to me that being a champion encompasses far more than getting the highest score and taking the trophy home.
Olympian speed skater Apolo Ohno who at one time topped the list of most medals won at a winter Olympics said this, “Do I feel any pressure as the most decorated Winter Olympian in American history? None at all. The only pressures that I know I face are those of how to pay it forward: How can I continually make a positive impact in people’s lives, help others achieve their dreams, create their own Olympic mindset, creating champions within themselves?”


I believe our guys are champions no matter what the score was. The word champion itself came from the middle English, campio, which means fighter. Our guys are definitely that.  Few would have guessed last fall that they would have come this far. Several players delayed professional careers to try for a championship.
These fellows are fighters on the football field, but they are also fighters in other ways. Part of being a champion is being an advocate and defender of others.


One example of this is how tight end Jeb Blazevich has conducted himself. According to this source, for his work with Extra Special People (kids with disabilities) and other organizations like it, Blazevich was “one of 12 athletes named to the AFCA Allstate Goodworks team” and a “finalist for the Wuerffel trophy” given to a college football player for their work in the community.


I read somewhere that the success of the football team has spurred on athletes in other collegiate sports. As our guys take up the challenge of giving away what they know and what they’ve achieved, inspiring others to dream big dreams and never give up,  kids out there are looking to these players and seeing what they’ve done and deciding that they, too, can be champions.


So, let’s all take one giant step back and look at the big picture and not just one game.


Meanwhile, we’re still sporting our red and black here cause my hubby says, “I’m not going to whine about being number two in the nation.”

Posted by Beverly Varnado at 10:01 AM

Love it, Beverly! Great takeaway on what it means to be a champion.