Soccer and what it has to do with my cooking mishaps

As my husband, son, and I watched the Atlanta United soccer team play at Mercedes Benz stadium, I thought of a discussion I had a few days ago at VBS with my class. 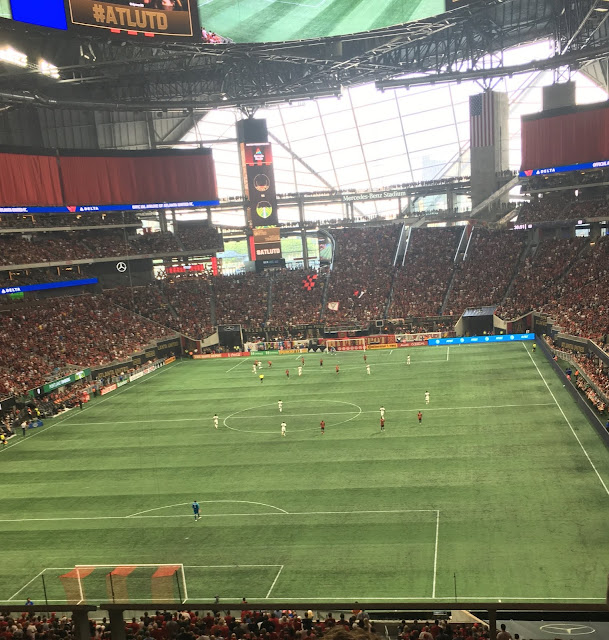 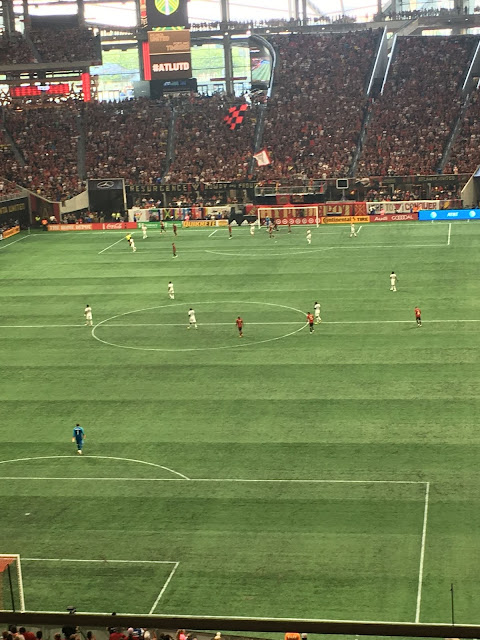 For fun, during our sports-themed VBS, I gave my kindergarten and early elementary class several true false questions about sports.


"The first basketball game was played with a boxed nailed to a pole for the basket,” I declared.


“False,” my student Austin said. “It was played with peach baskets on poles.”


Awed at this first grader’s knowledge, I asked, “How do you know that?”


“My coach,” he said with a grin. I was impressed his coach even knew that trivia tidbit.


I tried again. “The most popular sport in the world is football.”


In unison, they chorused, “True.”


I had them this time.“False.”


“No,” they cried shaking their heads, eyes wide. They couldn’t believe it. It just had to be football.


“It’s soccer.” I explained how football is mostly played in North America and soccer (also called football elsewhere) is played all over the world.


They still didn’t see how that could be true, I guess because we live in a football-saturated culture here in the South.


But as I watched the Atlanta United game, the players on the field proved my point. Their birthplaces were Costa Rica, Argentina, Germany, Liberia, Paraguay, and Venezuela to name a few as well as the American born players.


Each year as my sister, Tammy,  and I pack our Operation Christmas Child boxes, we include a soccer ball in at least half of our boxes. Perhaps in some isolated village in Africa or South America, we hope kids that have been playing soccer with rags, tree bark, or plastic bags they’ve molded into balls secured with twine will find a real ball in their boxes. It will be a gift for the whole village, because one shared ball is an incredible luxury in that circumstance.


I don’t know if any of our Atlanta United players started life in such difficulty, but many professional soccer players did.
Today, I’m kicking this post into cyberspace to remind us all we can send the love of Jesus into remote places through our Operation Christmas Child boxes and really, really, really change a child’s life forever. For every box we send, the gospel of Jesus Christ is shared with that child by Samaritan’s Purse. It's not too early to start accumulating what you'll include in your box. I already have a big storage container full for our twenty-five boxes and school supply sales are just around the corner.


And speaking of Samaritan's Purse, a piece I wrote is included in a just released Grace Publishing anthology, Cool-inary Moments; Culinary memories, mishaps, and masterpieces. All the proceeds from this anthology go to Samaritan’s Purse. No one, including me, receives a penny from its sale. You can be sure my article is more mishap than masterpiece. It’s about a very unusual recipe I once shared with my friend Sandy. I never dreamed it would appear in a book.  So check out this new collection and support Samaritan’s Purse. You may not know how to play soccer, but you can still win big-time by supporting this ministry. 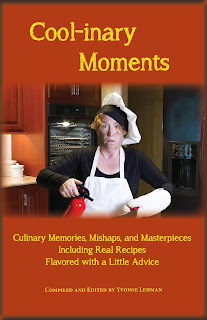 Thanks, Julie. I will warn you though, it takes a lot of squeezing to get all the air out of them. Plus you have to include a pump and extra needles. Worth it, though.