When you're trying to do one of the most difficult things


“Forgiveness does not erase the bitter past. A healed memory is not a deleted memory. We change the memory of our past into a hope for our future.” Lewis B. Smedes - Theologian
﻿﻿﻿ 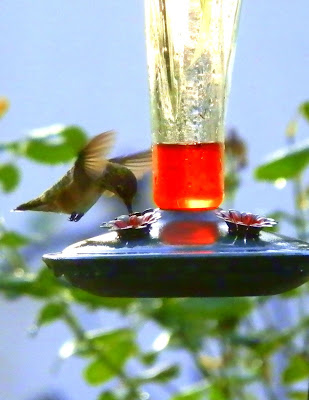 ﻿
Forgiving those who’ve hurt us is one of the most difficult commandments Jesus gave to us. It’s so difficult to forgive people. I’m willing to bet most of us gloss over it during that part of the church service when the pastor or priest calls us to remember our time of confession. And yet, in Matthew 6:14-15, Jesus told us: “For if you forgive men when they sin against you, your heavenly Father will also forgive you. But if you do not forgive men their sins, your Father will not forgive your sin.”

Jesus is being black and white here. There’s no wiggle room! So, how can we deal with those things that seem unforgiveable?

As a young adult, circumstances surrounding my parent’s divorce caught me by surprise and I found myself dealing with unforgiveness.


Many Christian friends harped at me–yes, I felt “harped” the right word choice–to forgive. And to do it instantly.


I remember some days were so hard--an extremely emotional situation.


My response was to throw myself into my Bible and do a word study on “forgiveness” in both the Old and New Testaments. I determined that I would seek out commentaries and concordances until I absorbed what the word meant and could use it to help heal my heart.


First, I learned forgiveness is a process. While Matthew makes it a commandment, Jesus knows how hard it is, and He knows we’re human and aren’t always going to do it instantly.


The first part of the forgiveness process is to give the situation to the Lord. Tell him about your hurt, your suffering, your inability to forgive on your own. Pray about it or journal it out and leave it on the page. This will get it out of your mind and “out of your system,” as a wise friend of mine told me at the time I was going through my parent’s divorce.


The second part of the process is seeing if you can repair the situation with the person who’s hurt you. This may not always be possible, especially if the situation involves abuse of any kind. But see if you can meet with the other person to talk through what’s brought you to this hurtful situation. You will know quickly if the relationship can be repaired.


The third part is the realization that the other person may not care about your feelings or the harm done to you at all. And you may have to live with that knowledge and the consequences of the other person’s actions on you. If you need to get outside help to deal with that, please do! There’s no shame in it. God works through other people to heal our hearts and minds.


Finally, realize that you may never, ever, hear an apology for the wrong done to you. The healing part of the process is that when you forgive someone–the burden of how they’ve hurt you will be lifted from your shoulders. They may carry on as they are, and they may carry on without you in their lives, but YOU will be the stronger person for it.


In Northern Deception, Kira Summers has an enormous amount of forgiving to do–both of herself and for someone else who’s done something terrible to her. She runs away from her situation both physically and emotionally and misses out on years of what God had planned for her.

Reunions can be deadly.
After a savage attack in university, Kira Summers fled to the safety of northern Canada and her work as a polar bear scientist. But when her whistleblower brother dies in a mysterious car crash, she must return home to bury him and pack his belongings. Unaware she’s carrying explosive evidence someone’s willing to kill for, she has no choice but to rely on the one person she never thought she’d see again.


Lukas Tanner, a widowed single father of a special needs toddler, moved to Churchill five years ago. As the proud owner of Guiding Star Enterprises, a wilderness tour company, he and his daughter lead a simple life. But when Kira comes crashing back into his world, he realizes God has other plans. Now, Lukas and Kira must confront a merciless killer as their past and present collide in a deadly race—a race they must win if they have any hope of a future together.

Laurie Wood is a military wife who’s lived across Canada and visited six of its ten provinces. She and her husband have raised two wonderful children with Down Syndrome to adulthood, and their son and daughter are a wonderful blessing to their lives. Over the years, Laurie’s books have finaled in prestigious contests such as the Daphne du Maurier (twice), the TARA, the Jasmine, and the Genesis. Her family lives in central Canada with a menagerie of rescue dogs and cats. If the house were bigger, no doubt they’d have more.

Oh, yes, Laurie, forgiveness is a challenge for certain situations. I admire you for taking the steps to find the best way for you to handle the pain and move on. Thanks for sharing your thoughts!

Thanks for dropping by, Sherida! Some things can be forgiven, but not forgotten, and I don't think God means for them to be either. But, He wants us to be well and healed.