Jerry recently spent a week preaching at another campmeeting and witnessed a wonderful work of God while there. I visited for a day and was reminded of a story from when our kids were little. I’m hoping some mom who has prayed long will find encouragement from it. 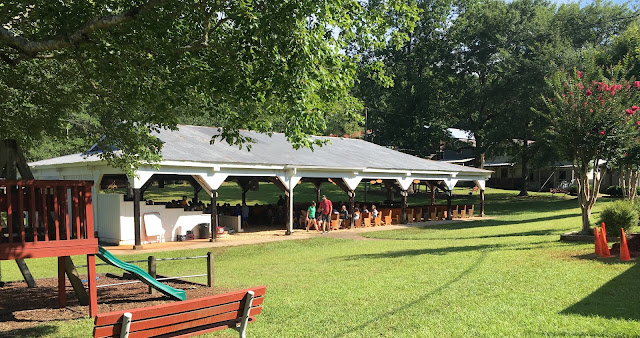 I found the sawdust trail alive and well in a campmeeting in North Georgia when my husband was asked to preach there when our kids were little. Begun in the mid-nineteenth century, it was virtually unchanged from that time with the exception of a few modern kitchen appliances in the tents (small cottages) and electric lights. I was made aware by family members that my father, grandmother, and great-grandmother attended this campmeeting as children. For this reason, as we began our experience, I felt I was claiming something that was mine in some way.

The second year there, we were especially excited. We knew what a wonderful time we had the year before spending a week sleeping between little stalls in wooden tents where you could see through the cracks in the planks. Maybe that doesn’t sound like fun, but it was. My nine-year-old son came especially equipped for major water gun battles but the second night of camp he came home angry.

Into this Eden had crept a snake. He had an altercation with two fellows a little older than him, which involved name-calling and physical pain. My son was home schooled so in some ways he hadn’t experienced this level of rejection before.

Jerry told him sometimes God allows our feelings to be hurt so we’ll pray for the other person. Still, my son’s plans seemed to be smashed because of this incident and he was destined to days of moping around the tent and playing alone.
But God was at work. 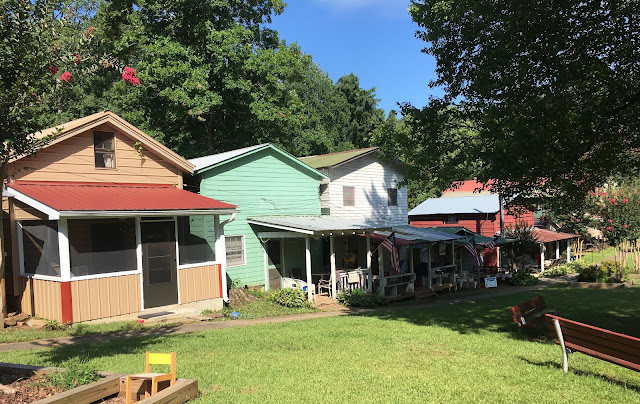 Wednesday night those same two boys who acted out earlier made their way to the altar after an invitation for salvation. My son was sitting beside me and when he saw them at the altar, he looked up at me with great sincerity and said, “Mama, I prayed they would get saved.” A tear rolled down my cheek as my husband made the invitation for those who would rededicate their lives to Christ, and my son joined the others at the altar.

The next days were filled with such joy, as these young fellows became frequent visitors at our tent. It was wonderful to see the change God wrought in my own son, as well.
The night we returned home, I had a dream in which I saw my father’s mother, and she was in a kitchen preparing food. In the dream, I looked at my children who were standing beside me and said, “See your great-grandmother has prepared this wonderful meal for you.”


My devotional reading for the next morning just happened to be, “one generation will commend you works to another; they will tell of your mighty acts.” Psalm 145:4

I sensed God saying through the dream and the scripture that in the sawdust of that campmeeting my children discovered a treasure, a treasure left there through the prayers of a great- grandmother they had never known. I sensed God’s wonderful work as I realized she prepared spiritual food for my children through her prayers, which have nourished their souls and my soul, that indeed one generation was commending the mighty acts of God to the next generation.


Many of you women who are mothers have long prayed for your children and grandchildren. There may be those of you who are wondering if God is hearing because of the circumstances your precious loved ones are in. I pray God would give you a new perspective and in the middle of those difficult situations you would hear God speaking in a fresh way―that you would experience a peace that passes all understanding as you give those situations over to him. In ways we can’t imagine God is bringing about the answers to our prayers not only in this generation but also in the ones to come.


Could I offer this prayer? Dear Lord, we thank you for your watchful eye over our loved ones, that because you “neither slumber or sleep” we can rest knowing the ones we care for are in your hands. I pray for that wayward child or grandchild that you would bring a harvest in their lives from the seeds sown into their souls by praying mothers, and grandmothers. We remember from your word, “Those that go out weeping carrying seed to sow, will return with songs of joy, carrying sheaves with them" (Psalm 126:6). In Jesus name. Amen.


May we all leave a legacy of prayer that will stand through any earthly circumstance. I pray those who follow us would indeed find themselves standing in a Godly heritage because of mothers who prayed.

Posted by Beverly Varnado at 8:24 AM