Staying on the ship

In recent days, I’ve been troubled about two high profile people in ministry who have now announced they are no longer Christians.


My brain just cannot wrap itself around those declarations. 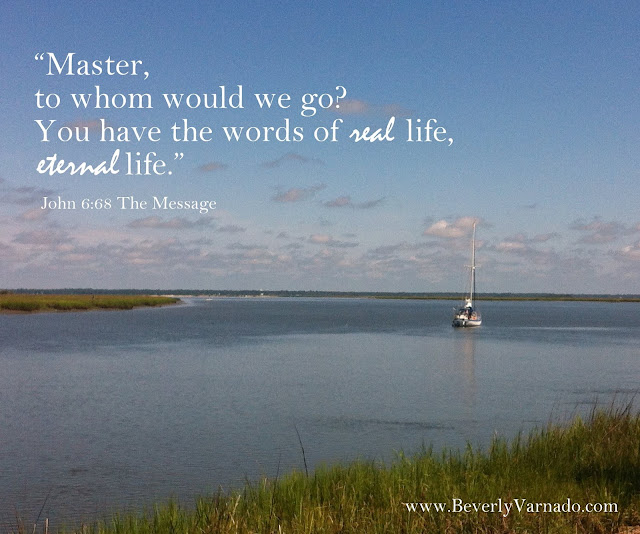 I keep thinking of Peter’s words, “Master, to whom would we go? You have the words of real life, eternal life. We’ve already committed ourselves, confident that you are the Holy One of God” (John 6:68-69 The Message).


Early in my life, I drifted to a life apart from God and his principles. I am still living the consequences of the train wreck that ensued. After roaming down those dark roads, I know from experience there is nowhere else to go and no one else to whom we can turn. C.S. Lewis once wrote that God stoops to conquer. He did with me. Only after I had exhausted other avenues did I return to Him. Yet, despite those circumstances, God received me. He reached down to where I was with love, grace, and tremendous mercy.


In our time, it may be possible to become immersed in the trappings of Christian culture and lose touch with the person of Jesus Christ.  We can begin to focus on, among other things, the business of church, social media, the hypocrisy of others (and we all have streaks of it) and simply forget the main point― our relationship with Jesus. Sometimes people in ministry can rise to platforms for which they are not prepared. Their level of influence can outstrip their spirituality. That scenario is a setup for a downward spiral.


I also know that when life grows difficult, people may feel abandoned by God. I don’t know if that was the case with the two I referenced earlier, but I know it is true for others because I’ve observed it myself.


As Jerry and I were discussing this, he offered what I thought was a profound insight.  He reminded me that on the Adriatic Sea, after many days of being battered by a storm, sailors traveling with the Apostle Paul intended to board lifeboats and flee. They wanted to avoid being dashed against rocks. Paul said this to those in charge. “Unless these men stay with the ship, you cannot be saved.” So the sailors were directed to cut the lifeboats and stay. And so they were saved.


“You have to stay on the ship,” Jerry said. When life grows stormy, sometimes we have to cut what appears to be other lifeboats. We have to stay on the ship despite the storm and trust the only One who can truly save us. It’s what Peter said, “We’ve already committed ourselves . . . “ All those other options are detours and  will ultimately lead to destruction.


I will continue to be troubled over those who choose to jump ship but I believe even when they do, God is at work to bring them back.


So friends, if life is hard right now, don’t jump ship. Stay with the only One who can take us safely to port.

Available HERE.
Posted by Beverly Varnado at 8:33 AM