Creatives for such a time as this 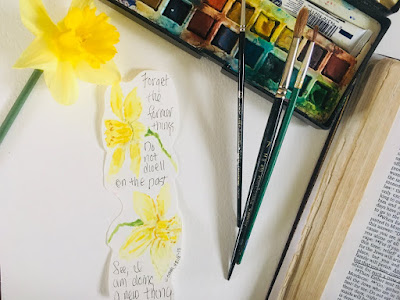 
A powerful king named Xerxes gave a lavish banquet where he displayed all the magnificence of his kingdom. He invited his beautiful queen Vashti to come, but she refused, which angered the king. He sought his advisors who recommended she be banished from his presence. And so it was done.


Later, the king sought a new queen. Of all the beautiful women from whom the King could have chosen the one he found most compelling was Esther, an orphan who had been raised by her cousin, Mordecai, a Jew of the tribe of Benjamin, a descendent of exiles. The king did not know of her heritage.


After Esther was crowned queen, her cousin Mordecai uncovered a plot to kill the king and reported it to Esther who then informed Xerxes. The plot was investigated, the villains executed, and the event recorded in the king’s records.


Later, King Xerxes honored one of his nobles, Haman. All the officials in the kingdom bowed down to Haman. All but one―Mordecai. He only bowed to God. This greatly angered Haman and he concocted a plan to kill not only Mordecai but also all the Jews.


Upon learning of this, Mordecai along with the other Jews began fasting and weeping. Mordecai sent a message to Esther urging her to go to the King to "beg for mercy and plead with him for her people."


Esther responded to Mordecai that she was afraid to go into the King’s presence without being summoned for she might be killed. Mordecai sent back this answer, “Do not think that because you are in the king’s house you alone of all the Jews will escape. For if you remain silent at this time, relief and deliverance for the Jews will arise from another place, but you and your father’s family will perish. And who knows but that you have come to royal position for such a time as this?”


So, Esther approached the King and invited him and Haman to a banquet. At the banquet, instead of telling the King what she wanted, she invited the king and Haman to another banquet. Meanwhile, Haman went out and had a gallows built for Mordecai.


That night the King called for his records to be brought, and while reading them, he realized he had never honored Mordecai for saving his life. The King asked Haman how he could honor a man. Mordecai thinking it was for himself, made a list of lavish royal gifts, and suggested a parade. So Haman was instructed to retrieve the gifts and lead Mordecai through the streets in parade. Haman returned to his home in grief.


When the King and Haman went to the banquet Esther had prepared, Esther told the King of her heritage and the plot to kill the Jews, of which one was Mordecai, the man who had saved his life. The king became enraged. It turned out Haman was destroyed on the gallows he built for Mordecai.

The orphan Esther was plucked from obscurity to save her people.


Many of you will find this story from the book of Esther familiar. It seems especially applicable for this time. For such a time as this . . . we may have been gifted and called. This is the time for the artists, the musicians, the writers, all of us called by God to use our artistry  to push to the limit of our abilities. Some of you have a talent for humor. This is the time to use it all for Jesus. Through the gifts God has given us, we have the ability to bring cheer, hope, and encouragement to a world weighed down with worry.


When I first moved to this town, I didn’t know many outside of my work, so when I wasn’t there, I spent a good bit of time alone. I can see now that it was in those years in quiet, ( I didn’t watch television at all for about eight years) that God set the course of my life.


Who knows what mighty thing God could be setting our course for in this time, though worship, prayer, study, and the creative expressions he would give us.


Who knows how  for those of us in isolation because of a virus, these days might be used by God for something great. Let us all be about our Father’s business and seeking his presence.


Take some time to read through the short book of Esther. My synopsis was abbreviated, and you will discover many jewels in the text.

Posted by Beverly Varnado at 7:52 AM