Passover and being passed over

He wouldn’t let them go.


Not even after plagues of snakes and blood and frogs and gnats and flies and boils and hail and locusts and darkness afflicted his country.


Pharaoh still held an iron grip and wouldn’t release the Israelites from Egypt.


Then a plague unlike any of the others was unleashed―a plague of death and only those whose doorframes bore the lamb’s sacrificial blood would be passed over.


The next day, despite the death of many in Egypt, the Israelites emerged alive from the bondage of Pharaoh bound for the Promised Land. 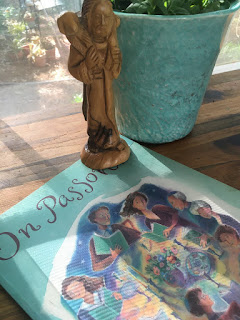 On this Passover Eve,  as we perch on the brink of what the Surgeon General has called the Pearl Harbor of our lifetimes because of COVID-19, it would be good to think about our Passover Lamb Jesus and to plead his blood over this situation in our country.


Speaking or writing about the blood of Jesus makes many uncomfortable, but if you search for that topic in the New Testament, you will find numerous references to the power of it. However, I’d like to point out a few verses from the Old Testament in Isaiah 53 that illustrate his blood sacrifice. “But he was pierced for our transgressions, he was crushed for our iniquities; the punishment that brought us peace was upon him, and by his wounds we are healed . . . He was oppressed and afflicted, yet he did not open his mouth; he was led like a lamb to the slaughter . . . “


These prophetic words were spoken around 700 years before Jesus’ birth. They tell of his excruciating death, which we’ll remember on Good Friday this Holy week. They speak of him being pierced, crushed, and wounded for us. They tell us he was a lamb led to slaughter. And because of that sacrifice, we may have new life.


In a much greater way than the lamb sacrificed on that first Passover, Jesus is our Passover Lamb. Let’s pray that we would as a nation fall to our knees in surrender, avail ourselves of His sacrifice, and ask that God would pass over us. Let's ask that these dire predictions would not actually occur, but something extraordinary would happen and we would see this virus plague begin to lift from us, that by the blood of Jesus, God would heal our land. It would take a miracle and it would take everyone doing the right thing in staying socially distant, but with God, nothing is impossible.


We’re going to celebrate Easter Sunday this week in quarantine, but as soon as we’re able, we’re going to have a Resurrection Sunday where we will hug, and laugh, and come together as perhaps we haven’t before in our lifetimes. And yes, there will be sorrow, too, because of the losses we’ve suffered, but despite that, we are going to lift Jesus high and thank him for his mercy and grace in these days. And we will especially thank him for shedding his blood for us that we might be saved.


Friends, if you haven’t surrendered your all to Jesus, there would be no better time than now on this Passover Eve. Because of His sacrifice, you may walk out of your own Egypt and find liberation from bondage.


Have a blessed Holy Week.


“For you know that it was not with perishable things such as silver or gold that you were redeemed from the empty way of life handed down to you from you forefathers, but with the precious blood of Christ, a lamb without blemish or defect.” (I Peter 1:18-19).

The Key to Everything ebook is being offered absolutely free through April 9. If you haven't downloaded a copy yet, please find it Here. 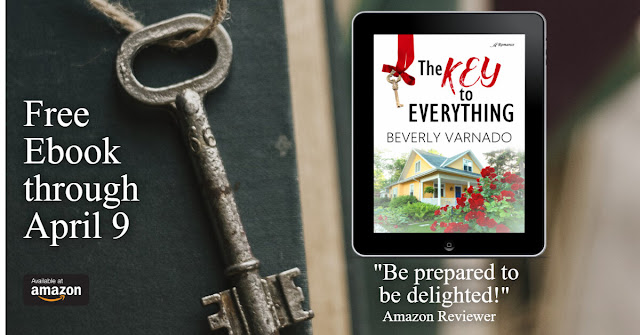 Posted by Beverly Varnado at 8:18 AM

Email ThisBlogThis!Share to TwitterShare to FacebookShare to Pinterest
Labels: Blood of Jesus, COVID-19, I peter 1:18-19, Isaiah 53:5-7, Passover, resurrection, The blood of Jesus