Three Things I Learned from my Dad, the Builder


Not for a living, mind you. His career was in banking. My dad built for joy.
He constructed the house he and his wife lived in for many years. Sure, he contracted out a few elements, but he built a surprising percentage of the structure with his own two hands. It was not a tiny house concept but probably approached 3,000 square feet.


He crafted this French Cupboard for me. Simply because I asked. 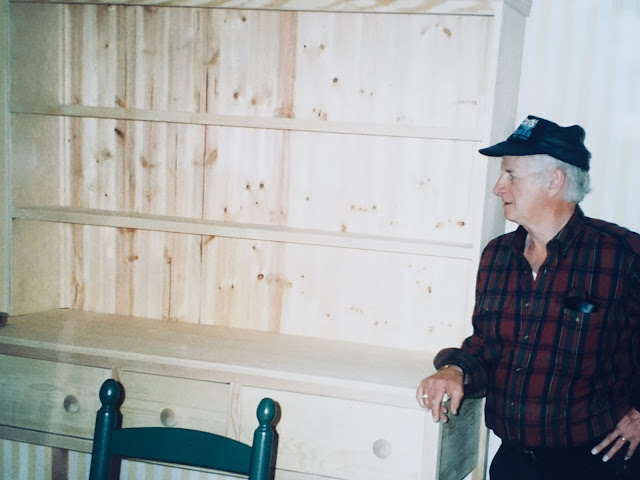 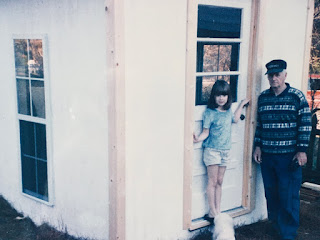 He erected this playhouse for my daughter, which later became her studio.


My brother in law, a lifelong executive with the Boy Scouts of America, requested one summer if my dad could build birdhouse kits for summer campers. And he did. All 400 of them. Each house had at least six parts.
I’ve been reflecting on my dad, and what he taught me through his building that I use in my life today.


1.       The way you do hard things is tackle them in small increments. The summer he built the birdhouses, he worked on them for many, many days but he took breaks and didn’t become overwhelmed with the task. In building books with words, I don’t look at sixty, seventy, or eighty thousand words. I just think about the ones I’m writing today.


2.       Don’t say no to a big job just because it seems impossible. Dad could have said no to all the big jobs he tackled, but he didn't. From the beginning, being a writer has seemed implausible to me. However, I have a heritage that says that’s not a reason to say no.


3.       You can make something from nothing. Just as my dad did in wood, by the grace of God, it feels as if that’s what I do in words every day.
The things my dad built transcended wood and nails. Because of his influence, there are principles built into the center of who I am. I hope to pass these on to my children. I am grateful for his example because when I come up against a seeming mountain, I can think, well, my dad did it, and I have his DNA, so I can, too.

We can never measure legacy in dollars and cents. The most important legacies are the ones that endure in the hearts and minds of family members for generations.  Proverbs 13:22 reads, "A good man leaves an inheritance to his children's children . . . " I am blessed to have had a dad who left behind such a legacy. 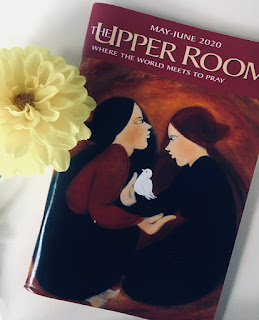 I’m grateful The Upper Room Magazine is publishing one of my devotions about Dad on Father’s Day, this Sunday, June 23. If you don’t have access to a print copy, you may access it on line at upperroom.org. It thrills my heart that people will read of his life and legacy in over thirty-six languages around the world. To God be the glory.

Books here.
Posted by Beverly Varnado at 7:32 AM