Something sweet from the bitter 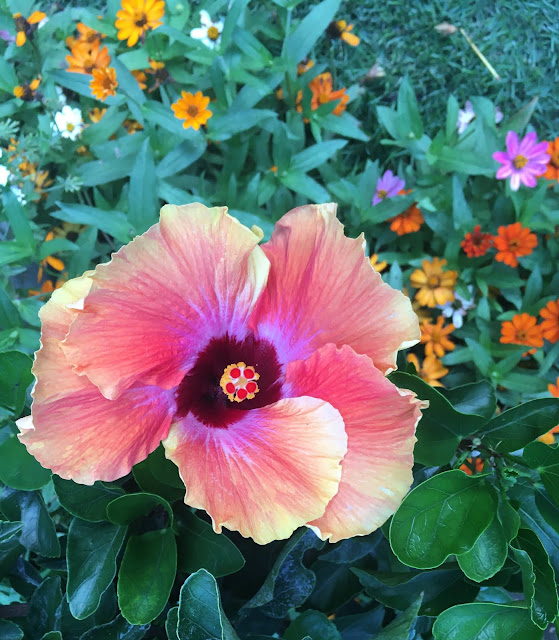 “Something’s wrong with my phone,” said a friend I’ll call Beatrice. “It’s the only way I can keep in touch. I don’t know what I’ll do if something happens to it.” She paused and I could hear soft weeping on the other end of the line.

My heart wrenched. Beatrice is one of so many senior citizens with serious health challenges who live in an assisted living/nursing facility. For many of us, our pandemic lockdowns ended at least in part after a couple of months but those who live in these facilities continue in lockdown now almost five months out. They are growing weary. The rules vary from state to state and facility to facility, but my friend cannot leave her room for common dining and she cannot have in person visits. She feels very isolated. Beatrice’s family stays on top of her situation so her phone, which is her lifeline, will likely be repaired today.


These facilities are filled with many from our greatest generation―people who were used to save the world from tyranny, who fought in a world war, who became Rosie the riveters, and who kept our factories, farms, and shops running to supply the country and its soldiers. Let’s not forget their heroism and valiant efforts now.


Because this facility allows packages to be mailed in, I’ve been trying to send in snacks and cards. But lately, I've been convicted of others to whom I need to reach out.


Would you join me? Today, I’m asking you to do more than read my rambling words. Almost every one of us knows someone in these facilities. I’m asking you to check with the facility to make sure they allow cards and packages. Some don't, but if possible make a card, buy a card, or recycle a card. Then write a little note, spend fifty-five cents for a stamp, and mail it. You will create more blessing with that fifty-five cents than any dollar amount you will spend this week. And make sure you put your telephone number in the card as calling into these places can be challenging for many reasons but often residents don’t hear the phone ring. With your number, they can call out.


Who knows how long we’ll be dealing with this pandemic, so we need to keep these folks foremost in our minds and remember whatever we’re dealing with, their situation is usually going to be worse.


I also want to include those who are care giving at home. These caregivers as well as those to whom they give care have not been out much in these past months for fear of bringing harm to their loved one. They need encouragement as well.

I want to leave you with one of the sweetest stories I’ve heard lately. It’s about a woman in Nebraska who contracted the virus, wound up in the hospital, and then was sent to a nursing facility. Her nursing aide walked in with a name written on a whiteboard. The patient said, “That’s my daddy.” The nurse pointed to herself and said, “He’s mine, too.” These two were separated as children, had been looking for each other for decades, and found each other at last. The aide had earlier seen her sister’s name on a board and recognized it immediately. The woman who was sick said she considers all she’s been through with the virus to be a blessing because “It brought her to her family.” Another reminder of how God can bring something sweet out of the bitterest times.


After the miraculous reunion Joseph had with his brothers despite his difficult journey from when they sold him into slavery, he said to them, “You intended to harm me, but God intended it for good . . . “ (Genesis 50:20).
Out of this thing, the enemy intends for harm, I’m praying He’ll use us all this week to bring good from it.

Posted by Beverly Varnado at 8:28 AM