No Degrees of Separation 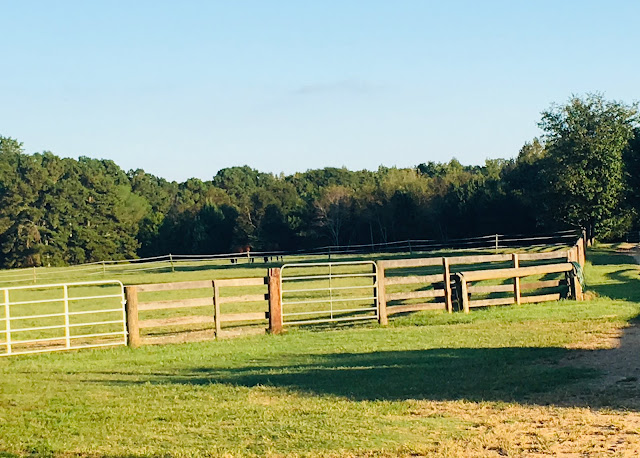 When a chart-topping country music singer took the stage during a recent award show, a sense of warmth and closeness to this person rose in me. So strange, because I had never met him nor was I what most consider a country music fan. I pay attention to the music because my son loves it, and because I enjoy music in almost every genre.

So why did I feel this way?

Partly because of a story Jerry tells about when he was a kid.

A woman in his neighborhood had horses and in exchange for mucking out stalls and other jobs, she allowed Jerry to be around the horses. One day, while going into a stall, a horse pushed past the gate and  got away from him. The horse took off with Jerry in pursuit, but of course he was only in junior high and couldn’t keep up. While chasing it, he tripped and fell on his knees. Jerry tells this story as one of the first times he remembers praying. “Oh, Lord, please help me to catch that horse.” He got up and continued after the horse and wondered as he made several decisions as to which way to go whether the horse had made those same choices. Finally, he spotted the horse who had found companionship with a few other equines on another neighbor’s property. Jerry struggled with getting the bridle on him, because the horse stretched his head high. But the kindly property owner spotted him and came out to help him bridle the horse.

That man was this singer’s great-grandfather.

The other part of this story is when my first book came out, a friend arranged for one of my book signings to be in Jerry’s hometown. The lovely owner of the shop was so gracious to me, and I’ll never forget her as the signing was a wonderful success.

That woman was the star’s grandmother.

And so, whenever I see the country artist, I think of the touching kindness of two of his relatives that has meant so much to Jerry and me.

You don’t have to phone a friend or call anyone’s grandmother, like I would if I wanted to contact the singer.

The apostle Paul wrote in Hebrews 4:16, “Let us then approach God’s throne of grace with confidence, so that we may receive mercy and find grace to help us in our time of need.” The King James says “Come boldly . . . “

Because of what Jesus has done on our behalf, the way is clear for us to call out to the Lord directly.

We’re as close to God as we want to be. The King of the universe is awaiting our call. We don't have to work our way through an automated message system or get put on hold.

And whether we’re a country music fan or not, that’s something to really sing about.

Beverly Varnado is the author of several small town romances from Anaiah Press including her latest, A Season for Everything. All are available at Amazon. A memoir, Faith in the Fashion District,  from Crosslink Publishing  is available wherever books are sold.  Also consider her other books, Give My Love to the Chestnut Trees and Home to Currahee. She also has an Etsy Shop, Beverly Varnado Art.

To explore the web version of One Ringing Bell, please visit bev-oneringingbell.blogspot.com

Posted by Beverly Varnado at 8:15 PM