When You Can't Get it in Gear

Was I not sitting here in this chair less than a month ago writing about having to call emergency roadside assistance?


Today, after doing a little Father’s Day shopping, I returned to my car, cranked it, and found the gearshift would not work. Not in park, neutral, or drive. 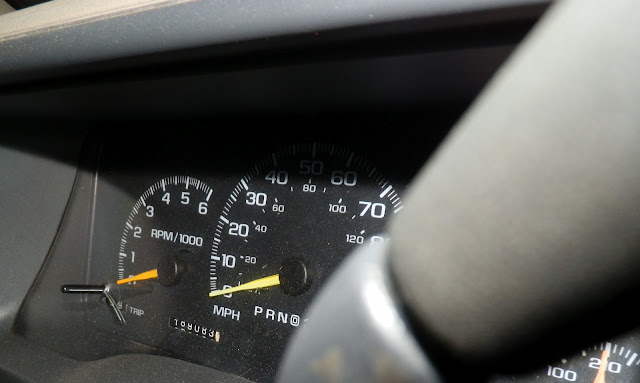 I turned the motor off and tried again. The gearshift flew back and forth on the steering column like a waving flag.


So, I called the folks who’ve come to my rescue now twice in less than thirty days. They assured me they’d be on site in less than forty-five minutes with a tow truck.


When we talk about not being able to “get it in gear,” we usually mean we can’t seem to get going, we need to try harder, or something’s holding us back. We admonish ourselves to keep striving and push a little more.


But maybe, God has something better.


Today when I couldn’t “get it in gear,” I found a place to wait for the wrecker on a little bench just inside the store I’d left. As I waited, I prayed the repair wouldn’t be costly, and tried to imagine what God might bring out of me being stuck.


As time passed, I observed the coming and going of a busy shopping day and folks who definitely had it “in gear.”


Sitting to the side, hardly anyone noticed me as they whizzed past in a blur of shopping zeal. I seemed to blend into the background like furniture for all of them—except a few—the tiny ones. They’d meander by, give me a smile, and wave. Every moment a moment of wonder.


I had to ask myself which one I’d been earlier when I entered the store. Probably one of the whizzers. But I’m aiming to be more like the child wonderers.


I can lead the parade for those who have too much on their lists, but I’m making an honest effort to stop and just take in God’s amazing handiwork---to live in the precious now. When people ask me how I am, I no longer say, “We’re busy, busy.” Because being busy is not a badge of merit. In fact, quite the opposite. It’s just, well, busy. God has more for us than stacking our days to the max and running from one thing to another.


God has himself. And I want my awareness of his presence and work in my life to be ever increasing. I want the wonder. The only way that can happen is if I choose to not be ruled by my “to do’s,” but be at rest in Him.


Roadside assistance arrived in the form of a seasoned mechanic named Doc. He immediately spotted the problem, which would be no more than a little rubber gasket replacement, but the car still had to be towed. Jerry came to pick me up, and we left the car in Doc’s capable hands.


What at first felt like being stuck, now kind of feels like being unstuck. God once more calling me to himself.


And the next time I feel I “can’t get it in gear,” I’m going to remember those little ones who reminded me today that living a life of wonder is better than being busy.


“Generation after generation stands in awe of your work; each one tells stories of your mighty acts. Your beauty and splendor have everyone talking; I compose songs on your wonders (Psalm 145:4-5).
Posted by Beverly Varnado at 9:11 PM

Email ThisBlogThis!Share to TwitterShare to FacebookShare to Pinterest
Labels: get it in gear, Psalm 145:4-5, wonder